MOSOP to FG: We want justice for Ogoni martyrs, not prison, cemetery 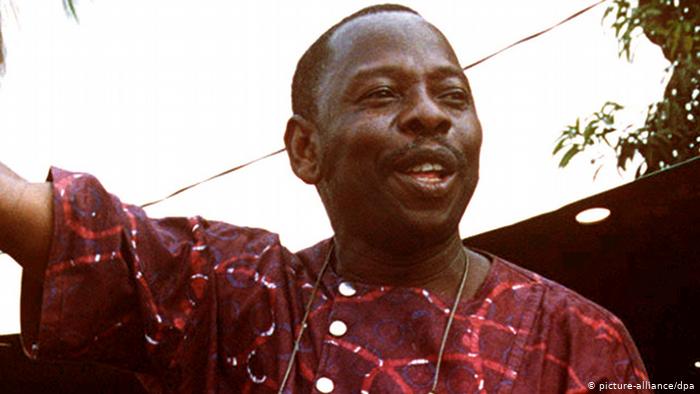 The Movement for the Survival of the Ogoni People (MOSOP) has called on the President Muhammadu Buhari-led Federal Government to declare the late Ken Saro-Wiwa and eight other Ogoni martyrs ‘innocent’ of the crime for which they killed.

This was as the pan-Ogoni group has insisted that what Ogoni people needed justice from the Federal Government on the land and not the construction of prison and cemetery.

The group warned that if the Ogoni martyrs were not exonerated, there would be no oil exploration and exploitation in Ogoniland.

MOSOP made the call, on Monday, in Port Harcourt, the Rivers State capital, during a briefing on the 25th memorial of Ogoni martyrs by its coordinating committee on November 10 Hero’s Day.

Speaking for the group, Dr. Gbeneme Kpae,  accused Federal Government of not consulting the Ogoni people before siting the prison and cemetery projects, stressing that the natives need justice and industries.

Dr. Kpae stressed that the construction of a Federal Prison and Cemetery in Ogoniland were targeted at annihilating the natives.

He demanded for the accelerated clean-up of the devastated Ogoni environmental caused by years of oil exploitation and pollution.

Kpae stated: “We call on the Federal Government to stop the construction of a Federal Government Prison and Cemetery in Ogoni as we have been informed that the prison is to lock up Ogonis who demand justice; and cemetery is for mass graves for Ogonis who oppose resumption of oil drilling in Ogoni.

“The Ogonis wish to remind all Nigerians and the international community that we will continue to oppose oil exploration and exploitation in Ogoni until Ken Saro-Wiwa and eight other Ogoni activists are exonerated, and the clean-up of Ogoniland is completed as recommended by the United Nations.

Also speaking, Mr Celestine Akpobari, a member of the committee, alleged that Federal Government has a sinister motive for siting prison and cemetery in the area.

Akpobari stated that Ogoni people are need of siting developmental projects to create job opportunities for the teeming unemployed youths to curb restiveness.

“The government is hiding something they don’t want us to know about.  Is it that there is no good thing that Ogoni people should benefit from the Federal government other that prison and cemetery”, Akpobari queried.