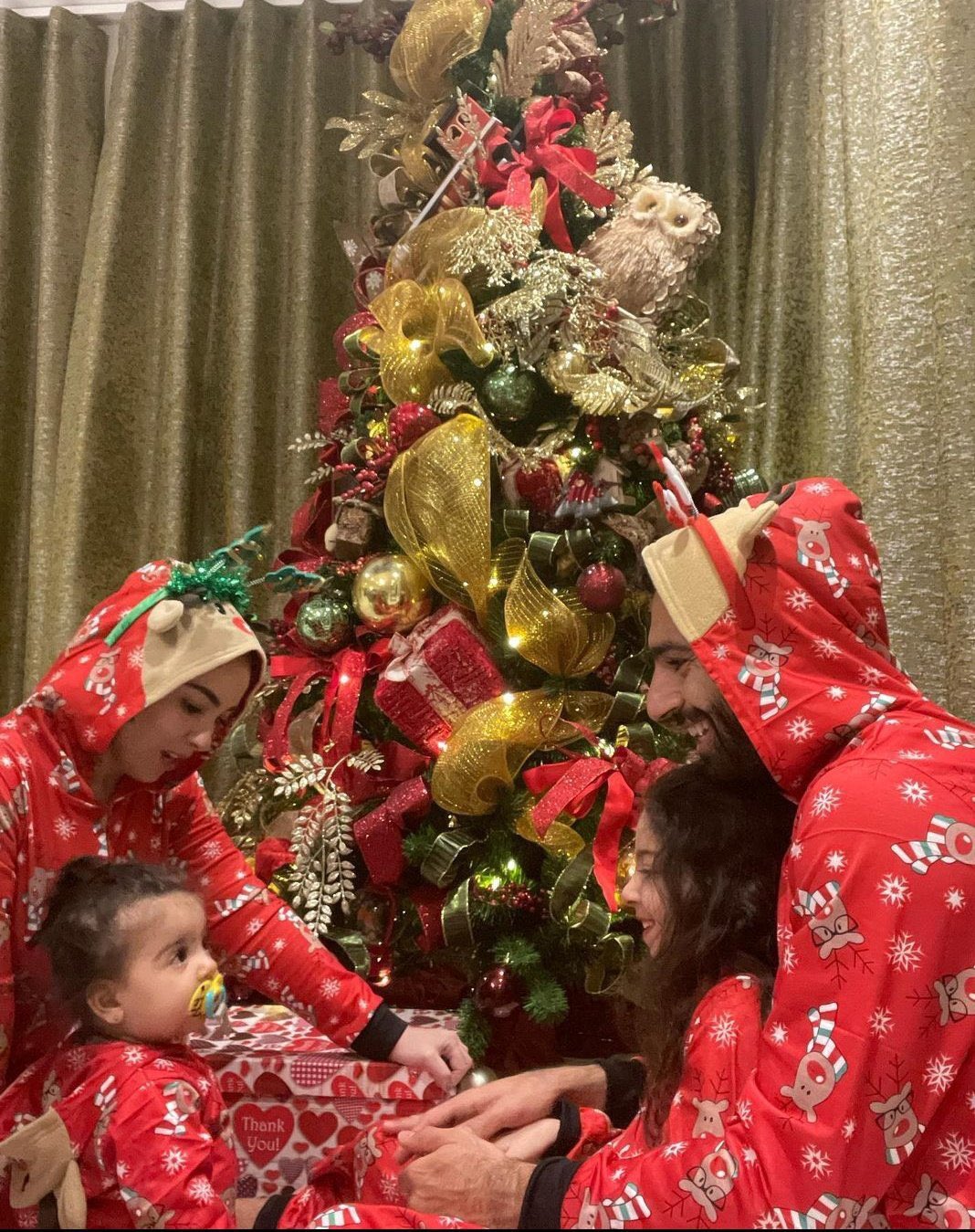 Liverpool striker, Mohammed Salah came under intense fire on Christmas day after a photo of him and his family surfaced online celebrating Christmas.

The Egypt striker, who is a Muslim was viciously attacked for celebrating a Christian festival which many fellow Muslims tagged ‘Haram’ on social media.

However, fans of the striker came out in his defence, saying that it shows Salah is not a religious jingoist.

According to them, what is most important is the spirit of the season, which is giving than being cocooned in a religious coven.

Others said the more exposed a person becomes in life, the less religious-centric they become.

Twitter users from the Northern part of Nigeria called Arewa Twitter we’re mostly hard on the footballer for not respecting his religion.

Arewa Twitter was trending on the top spot on Christmas day mostly because of the Liverpool striker.

Meanwhile, Liverpool coach Jurgen Klopp moved to dismiss speculation over Salah’s future saying on Thursday he is happy at the Premier League champions.

The 28-year-old gave an interview in Spain last week in which he said Barcelona and Real Madrid were top clubs and “who knows what will happen in the future”.

This led to speculation over whether he was seeking a new longer-term contract beyond 2023 or he was upset Trent Alexander-Arnold had been given the captain’s armband for the Champions League group match with Midtjylland.

“We do not speak about deals — well, not with you (the media). Why should we start now?” said Klopp at his press conference ahead of Sunday’s game with struggling West Brom.

“Mo is in a good mood, always a good moment. He is in good shape, and that is the most important thing for me.

“We did not have pictures (from the training ground) this morning but if we did you would have seen him laughing, he enjoyed the session.

“All the rest is nice for all of you to write about but internally, no, nothing really.”

If Salah is unsettled it has not been reflected by his performances on the pitch this season.

He has scored 13 goals in as many league games, missing just one because of Covid-19 isolation.

It is his best start to a Premier League term, even better than his debut campaign when he went on to score 32 in 38 appearances having registered 12 goals at the same 14-match stage.

He came off the bench last Saturday to score a brace in the 7-0 thrashing of Crystal Palace.

“I think there are all these things to talk about: he didn’t start the last game, all the things I heard after about what could be the reason and then he came on and scored two,” said Klopp.

“I think in his first season he didn’t start against Stoke, came on and scored two. He obviously doesn’t need a long time.”

Klopp said he hoped his players would build on their lead over their rivals — they presently have a four-point advantage over Leicester.

The Reds have a hectic schedule over the festive period with a home game with Newcastle next Wednesday and Southampton the following Monday.

“All the boys were in a good moment, that is why we have the points we have so far,” he said.

“Now it is much more important we really keep going. Everyone knows the toughest point of the season is now ahead of us.

“The Christmas period is always tough so we have to make sure we get through this with the right results.”

First pic was last year Mo Salah got dragged by overzealous Muslims and Arewa squad for celebrating Xmas, what did he do this year?? Baba dressed in full constume😂😂😂😂 A true King😂😂😂 pic.twitter.com/x9hTPwz8NO

Of Christmas and Nigeria’s nationhood.