MLS season kicks off with new team and familiar faces 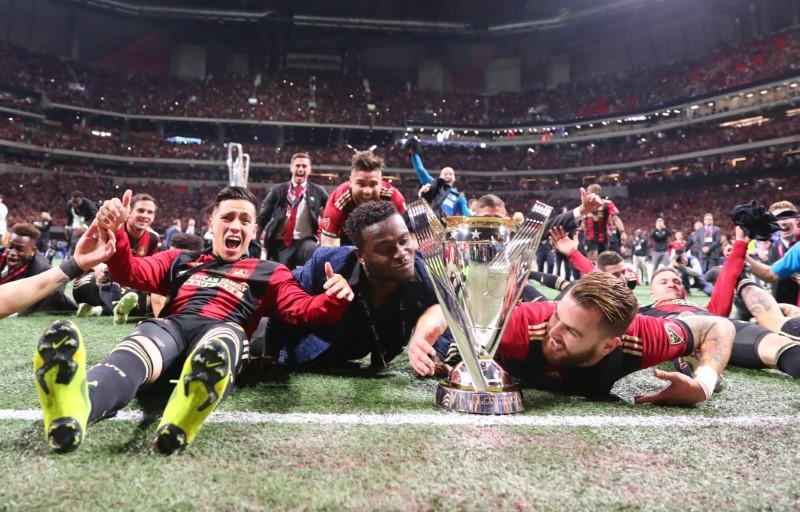 Atlanta United, who defeated the Portland Timbers in the December final to win their first MLS Cup, have their sights set on back-to-back titles after romping to the championship behind the stellar play of last year’s league MVP Josef Martinez.

But the team will have to do so under new leadership after manager Gerardo Martino left during the off season to coach Mexico.

In his place stands former Ajax and Inter Milan manager Frank de Boer, a former star player who is renowned for his track record in developing young talent.

Win or lose the players can expect the strong support the raucous crowd at Mercedes-Benz Stadium, where the team became the first to draw more than one million fans and averaged a league record 53,000 per game last year.

Another enthusiastic audience is expected at Cincinnati’s Nippert Stadium, where the league’s newest team will host their first match on March 17 against the Timbers.

Cincinnati’s new and intriguing side pairs a stout defense with midfielder Nicolas Lodeiro, one of the league’s most explosive and creative play-makers.

The Galaxy will open their 2019 campaign on Saturday in LA by unveiling a statue of former midfielder David Beckham, and will hope the gesture returns the once dominant club to its former glory.

The team has failed to make the playoffs the past two seasons but won’t want for personality with Zlatan Ibrahimovic returning to Hollywood for his first full MLS season.

The boisterous Swede, who signed a one-year contract with the team in the offseason, will look to build on his impressive North American debut last season, where he was named the MLS Newcomer of the Year.

On the opposite coast, DC United’s Wayne Rooney will hope his fairytale first MLS season can continue.

Rooney joined from Everton late last year as the marquee signing of a team mired on the bottom of the MLS Eastern Conference.

The former Manchester United striker helped drag the team into the playoffs with a string of inspiring performances, scoring 12 goals and providing seven assists in 20 appearances. (NAN)