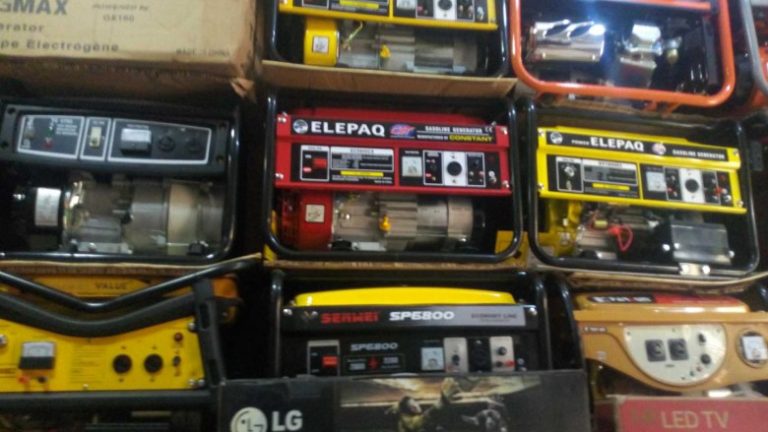 Some energy stakeholders on Friday expressed divergent views on a bill seeking to ban the importation of generators in Nigeria introduced by Sen. Bima Enagi, representing Niger South Senatorial District.

The News Agency of Nigeria (NAN) reports that the bill, which passed first reading at a plenary session of the senate on Wednesday, proposes to ban the importation and use of generators in a bid to curb the menace of environmental pollution.

According to the bill, anybody who imports generating sets, or knowingly sells generating sets shall be guilty of an offence and be liable on conviction to be sentenced to imprisonment for a term not less than 10 years.

The bill also seeks to stop the use of electricity generating sets which run on diesel/petrol/kerosene of all capacities in the country.

The ban will, however, not include generating sets used for essential services which include — medical purposes, Airports, Railway stations/services, Elevators, Escalators, Research Institutions, and other facilities that require 24 hours electric power supply.

According to the bill, approval for exclusion shall only be obtained from the Minister in charge of Power, who shall brief the Federal Executive Council (FEC) quarterly on approvals granted.

Mr Osayu Ogboghodo, Senior Consultant, Nextier Power, told NAN that appropriate research must be conducted before implementing the ban on generators while power supply from the grid should show considerable improvement.

Ogboghodo said: “They need to ensure that we have reliable electricity supply and quality of service to a level that is acceptable to the people who are using these generators as an alternative source of energy.

“Basically, we have 13, 000MW installed capacity and only about 4, 000 gets to the consumers; so, there is a supply gap which is why the consumers are using power generating alternatives.

“So if you are planning to ban generators, what measures are you putting in place to close the supply gaps or improve quality of service?”

The energy expert noted that solar components which were a renewable source of energy had become cheaper in Nigeria but were still unaffordable to majority of Nigerians.

“There is no concrete plan in place to even encourage and promote solar energy. Renewable energy is a good thing, but we don’t have the capacity right now.

“To be honest, even the mini grids still use diesel generators as backup, which is a cheaper option than getting batteries which are expensive.

“So, these diesel generators that they are thinking of banning are used for renewables as backups,’’ he said.

Fadairo said: “It does not make sense for them to ban importation and usage of generators for now.

“Let us have at least between 10, 000MW to 15, 000MW first then we can start thinking of banning it because of environmental issues.”

He said the claim that the power sector was being held hostage by generator cabals was laughable, stressing that what the sector needed was the right investments, policies and legislation.

According to him, such a ban will only make Nigerians to suffer.

However, Mr Adeola Samuel-Ilori, National Coordinator, All Electricity Consumers Protection Forum, backed the bill, describing it as a welcome development.

“The totality of our advocacy toward the electricity or power sector betterment is nothing but to see that all the saboteurs of the sector are clinically dealt with.

“One of the reasons why the sector has not witnessed growth is because of generator importers who do all that are necessary to see efforts at improving the service are futile.

“This proposed ban will not only help to checkmate their activities at sabotaging government’s efforts but will help in reducing capital flight,” he said.

According to him, the ban will also enable Nigeria to explore renewable energy which will create job opportunities for people.

He called for the modification of the bill, especially the part relating to punishing people for using their generators already acquired before its introduction. (NAN)