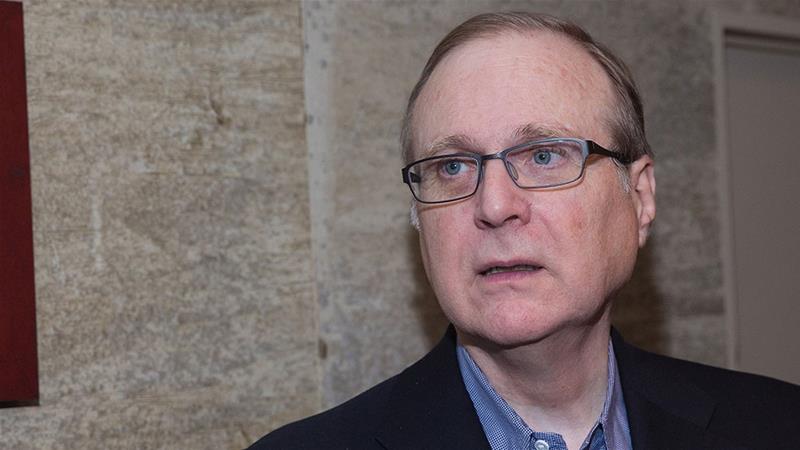 Microsoft co-founder Paul Allen died of cancer at age 65, his family and Vulcan Inc., which was founded by Allen, said in a statement, on Tuesday.

Vulcan Inc said Allen died from complications of non-Hodgkin’s lymphoma in Seattle, hailing him as a “noted technologist, philanthropist, community builder, conservationist, musician and supporter of the arts.”

Allen’s sister, Jody Allen said that her brother “was a remarkable individual on every level.”

“While most people knew Paul Allen as a technologist and philanthropist, for us he was a much loved brother and uncle, and an exceptional friend,” she said.

Allen created Microsoft with his childhood friend Bill Gates in 1975.

Gates, who is also co-chair of the Bill and Melinda Gates Foundation, mourned Allen’s death, saying that he was “heartbroken by the passing of one of my oldest and dearest friends, Paul Allen.”

“From our early days together at Lakeside School (in Seattle), through our partnership in the creation of Microsoft, to some of our joint philanthropic projects over the years, Paul was a true partner and dear friend.

“Personal computing would not have existed without him,” Gates said in a statement.

Allen founded Vulcan in the mid-80s to invest in several media and communications companies.

He also worked on philanthropic projects and invested in professional sports teams.

He had owned the US National Football League’s Seahawks since 1997 and also owned the NBA’s Portland Trail Blazers.

Allen was one of the world’s richest people, and ranked 44th on Forbes’ 2018 list of billionaires with an estimated net worth of more than 20 billion dollars as of Monday. (NAN)

Buhari greets Alaafin of Oyo  at 80