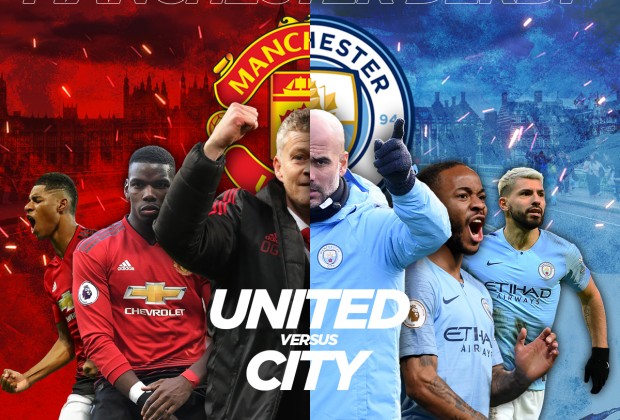 Manchester City took a big step towards retaining the Premier League title with a 2-0 win over Manchester United at Old Trafford on Wednesday.

The win sent the Cityzens back to the top of the table.

City have 89 points, one more than rivals Liverpool, with both teams having three games to play.

Second half goals from Bernardo Silva and Leroy Sane ensured a comfortable win for City against a United side that remain in sixth place, outside the Champions League qualification slots.

United, smarting from their 4-0 hammering at Everton on Sunday, played with aggression and energy in the scoreless first half but the game was put beyond them after the break.

Bernardo Silva picked the ball up on the right flank and cut inside, surprising United keeper David De Gea with a low drive that sneaked in the bottom corner in the 54th minute.

Fred gave the ball away in midfield allowing Raheem Sterling to break forward before feeding Sane on the left with the German’s powerful drive flying in off the outstretched leg of De Gea. (NAN)