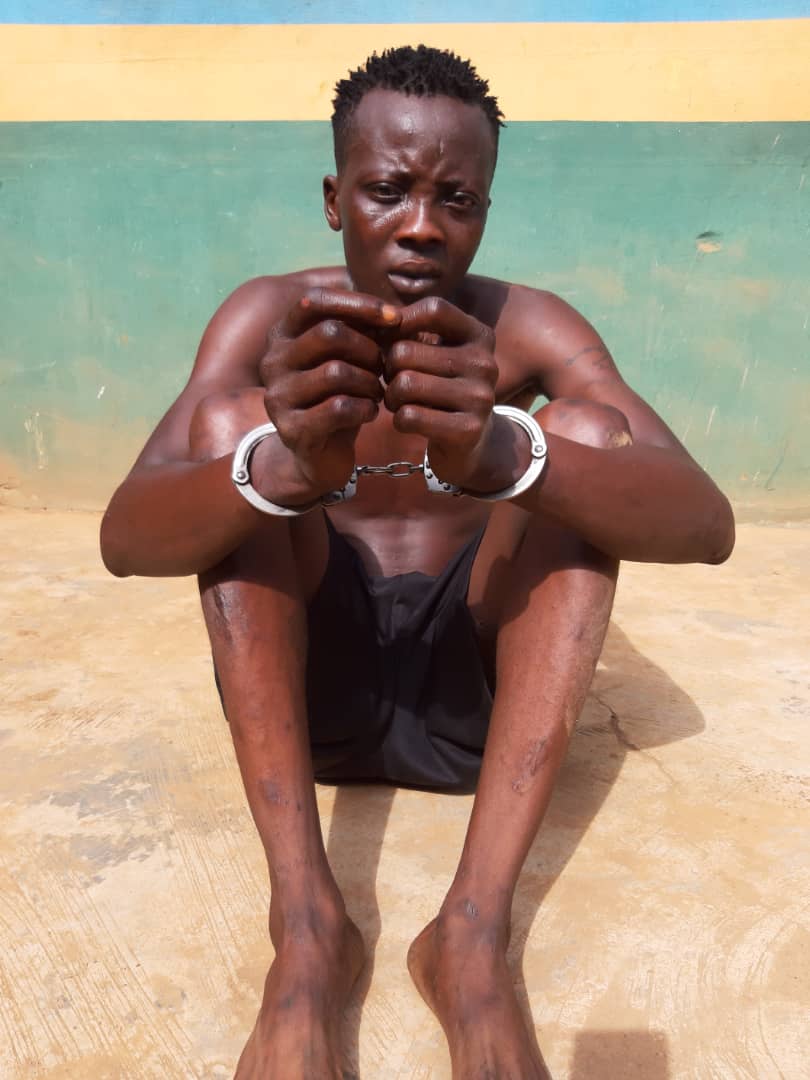 A 28-year-old man, Oni Olohunwa, has been arrested by men of Ogun State Police Command for culpable homicide.

Olohunwa, who committed the crime at a birthday party, in Ogijo area of the state, was said to be drunk when he stabbed his friend, Baraka Taiwo, on the back and chest on May 5, 2019.

The incident was reported at the Ogijo Police Division by Wasiu Raheem. Policemen were quickly drafted to scene where the suspects were arrested.

The arrest of the suspect was confirmed by the Ogun State Police Public Relations Officer (PPRO), DSP Abimbola Oyeyemi.

Oyeyemi said, “ The suspect was arrested on sunday May 5, 2019, following a report by Raheem, who took the injured victim to Ogijo Police Station.

“Raheem reported that  the suspect and the victim were both attending a party, but the victim got drunk and started misbehaving.

“While the suspect was trying  to caution him, argument ensued  between them and the suspect brought out a knife with which he stabbed the deceased in the chest and back.

“On the strength of the report, the DPO Ogijo Division, CSP Baba Muhammed, quickly detailed his detectives to the scene where the suspect was promptly arrested. The victim was immediately rushed to a nearby hospital, but died while receiving treatment.”

The PPRO said the corpse has been deposited at OOUTH Sagamu for post mortem examination.

Meanwhile, the Commissioner of Police CP, Bashir Makama, has ordered the immediate transfer of the suspect to homicide section of the State Criminal Investigation and Intelligence Department for further investigation and prosecution.