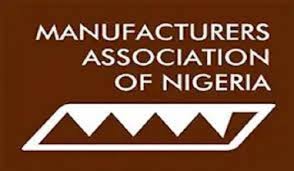 The Manufacturing Association of Nigeria, MAN, has called for a feasible manufacturing industry in Nigeria to enhance the country’s economic growth.

Chairman, Rivers/Bayelsa branch of MAN, Senator Adawari Michael Pepple, who spoke at the First CEO Business Luncheon held in Port Harcourt, noted that for a business to stand firm and thrive, the environment where it is domiciled must be conducive, peaceful and free of fear of criminality.

Speaking on the theme, “Current Realities in the African Continental Free Trade Agreement (AfCFTA): The Role of Nigeria Customs Service and other Business Support Organisations”, Senator Pepple said the meeting became necessary because manufacturing industry has always been the key to economic growth and employment creation in a country.

He said: “There is considerable accumulated evidence that manufacturing still functions as the heart of the economic development process. The operating environment must be conducive and peaceful, free from criminality and fear. We all know that no meaningful development can take place in a chaotic environment.”

He, however, urged the Rivers State Governor, Nyesom Wike to extend his developmental drive to setting up a world class industrial cluster in Port Harcourt, hoping that the Port Harcourt port could be as smooth as Apapa port in Lagos state.

“I must appreciate the support of our special guest of honour, Governor of Rivers State, His Excellency, Chief Nyesom Wike, who has shown commitment to the development of the state in his first tenure but is not relenting in pushing the limits in his developmental strides as some politicians do in second term but is doing even more to better the lot of the state and the business community. It is my hope that his Excellency will extend his developmental drive to setting us a world class industrial cluster in the Greater Port Harcourt axis to attract more investment into the state”.

On its part, Sigma Pensions Limited charged MAN to tackle the impediments that affect the growth of the manufacturing industry in Nigeria, noting that the pension fund industry is the biggest investor in Nigeria.

Mr Yinkere advised that for manufacturing industry to thrive and attract more investors and marketers, manufacturers must make standard products.

He also called for a viable manufacturing sector, noting that it might be tough to achieve but if achieved would turn the economy of the country around for good.

Shareholders complain over SEC’s e-dividend mandate, say it is too difficult