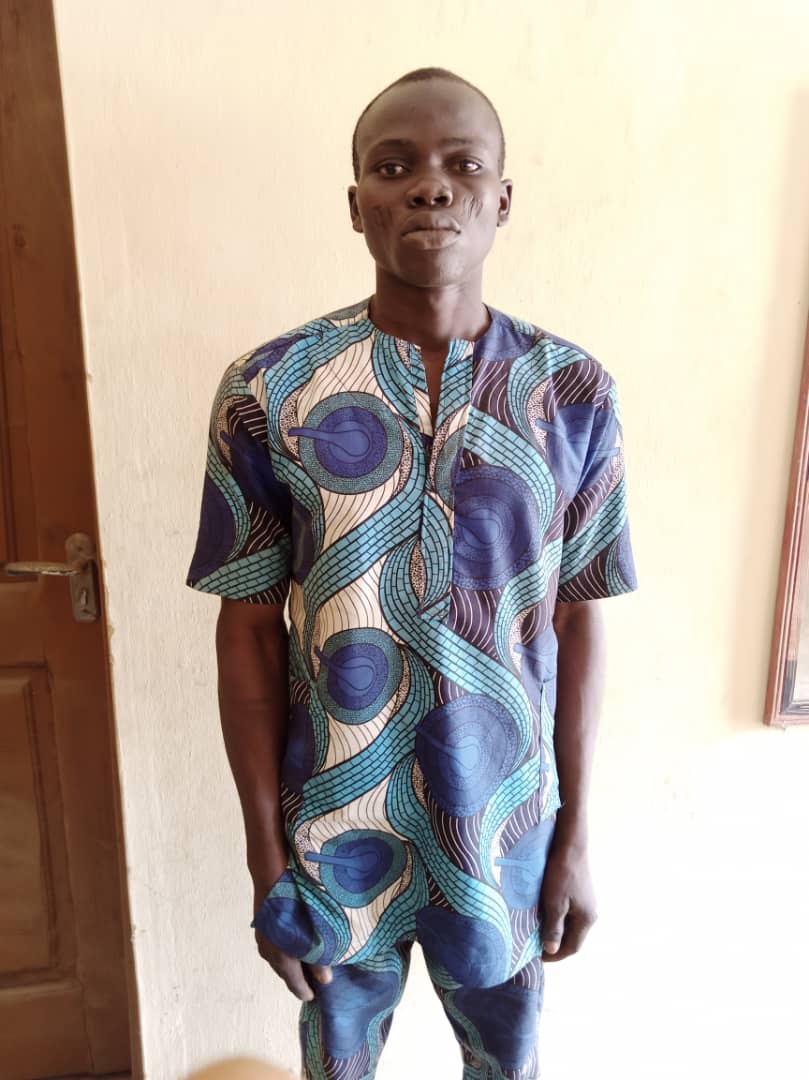 A man, Dansu Asogba, 23, has told the police how he used an iron rod to kill his 60-year-old aunt, Iyabo Dansu, over suspicions that she was a witch.

Asogba had alleged that the deceased was responsible for the death of his first child, and the miscarriage his wife suffered.

It was gathered that the suspect had rather than confront the deceased with his suspicions, attacked her at her house and stroke her with an Iron rod on the neck, which resulted in her death.

He was recently arrested by detectives at the Ipokia Police Division, Ogun State Police Command for the crime.

According to the Ogun State Police Public Relations Officer (PPRO) Abimbola Oyeyemi, the suspect had escaped after the act unnoticed, but was arrested after a threat to carry out a spiritual consultation on the cause of the woman’s death.

Oyeyemi said, “ On August 22, the children of the deceases were called and informed of the demise of their mother, who was not known to be suffering from any illness.

“They stated further that since they were not suspecting any foul play, they decided to bury her without necessarily reporting to the police.

“But immediately after the burial, they heard an information that the suspect who is a nephew to the deceased was seen in her house on that fateful day, and shortly after he left, the woman was declared dead.

“This arouse the suspicion of the people of the community and they threatened to carry out a traditional ritual which will expose the killer.

“On hearing about the intention of the community to go spiritual about the deceased death, the suspect Dansu Asogba came out and confessed been the one responsible for the woman’s death.

Upon his confession, the Divisional Police Office (DPO), Ipokia Division, Adebayo Hakeem, a Superintendent of Police (SP), detailed his detectives to the scene where the suspect was promptly arrested.

“On interogation, he admitted killing the deceased but claimed that he did so because of his believe that the deceased was responsible for the death of his first child and the subsequent miscarriage suffered by his wife.”

The PPRO said the Commissioner of Police (CP), Edward Awolowo Ajogun, has ordered the immediate transfer of the suspect to Homicide section of the State Criminal Investigation Department (SCID) for further investigation and prosecution.

He said the police commissioner, who expressed concern over the level of ignorance exhibited by some persons, warned that the command will not tolerate such ignorant behavior at this age and time.

Oyeyemi said that the state police boss also appealed to members of public to always report their grievances to law enforcement agencies, who would properly investigate such complaint.