MAN cries out over high price of gas 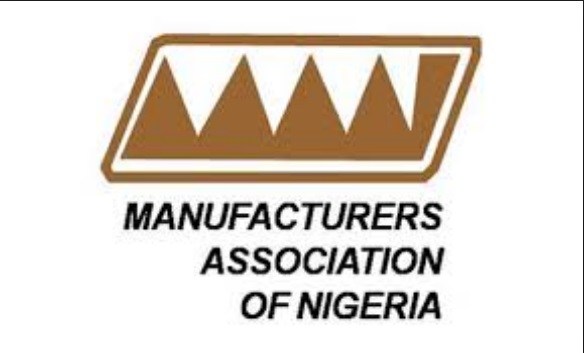 The President of Manufacturers Association of Nigeria (MAN), Mr Mansur Ahmed, on Tuesday called on Ministry of Petroleum Resources to address the challenges encountered by manufacturers with the price of gas.

Ahmed made the call at an interactive forum on gas pricing in Lagos.

Represented by Mr Paul Gbadedo, Chairman, Economic Policy Committee of MAN, Ahmed said the price of gas had become a major source of conflict between manufacturers and the gas franchisers.

According to him, the persistent increase in the price of natural gas used by members to power plants and machineries had reached a crisis dimension.
READ ALSO: Ondo govt. pledges completion of Idanre golf course
Similarly, the continued denomination of price of gas in US dollars had made the product perpetually exorbitant and gradually getting outside the reach of majority of the manufacturers, particularly the SMIs.

He, therefore, expressed hope that the issues would be addressed by the ministry to help with achieving the goals of the association at improving the current contributions of the manufacturing sector to the Gross Domestic Product of the country.

“This meeting is important and timely in view of the fresh challenges that manufacturers are encountering with the price of gas.
“In recent times, the price of gas has become a major source of conflict between manufacturers and the gas franchisers.
“These are areas to be critically addressed to help the competitiveness of our members and the concerted efforts to improve the current contributions of the manufacturing sector to the Gross Domestic Product of the country,” he said.
The MAN President also urged the government to clarify the recent confusion over the amendments of the “Federal Government Official Gazette No. 2, Vol. 106 dated 4th January 2019.
“A new Gazette in the Gas Pricing Framework for Textile Industries surfaces without the inclusion of Manufacturing Sector as previously indicated in the earlier Gazette vide; “Federal Government Gazette No.2 of 4th January 2019, Vol.3: Gas Pricing for Textile and Manufacturing Sector”.
“Our members earnestly seek official clarification of the latest position of government and the operational Gazette they should rely upon to plan their operations and make their business projections,” he said.
Dr Micheal Adebayo, Chairman Gas Users Group, MAN, said the benchmarking of the price of gas to the US dollars had made the process very volatile and was responsible for the various increases in the price of gas witnessed today.
Adebayo added that benchmarking the price of gas to the dollar exchange rate was not in consonance with the CBN directive of transacting businesses in Nigeria in the local currency.
According to him, the average price of gas globally was around $2.5 per scm, and the case in Nigeria, where it was $7.45 per scm, was worrisome and put the manufacturing sector in an uncompetitive position.
Adebayo recalled that in 1999, the step by the government to stop gas flaring encouraged private sector operators to invest in gas infrastructure and utilization, thereby converting their various production technologies and processes to the use of natural gas.
READ ALSO:3 Army command secondary schools for Ekiti
However, in his words: “The gas pricing controversy started in 2008, when one of the Franchisers with the knowledge of the Nigerian Gas Company (NGC), increased the price of gas from N21.05 per Standard Cubic Metre (scm) to N67.63 per scm.
“This, he said was done on the basis that the company was bench-marking their price with the Petroleum Products Price Regulation and Monitoring Agency (PPPRA) template for fixing petroleum products and  thereby adjusted its price accordingly.
“Unfortunately, gas franchisers saw this adjustment as an opportunity and used it as the basis to increase prices thereby undermining the Gas Sale Purchase Agreement (GSPA), which was collectively signed by MAN members,” he said.
Adedayo said that gas franchisers be advised to stop their unwarranted threats of disconnection and issuance of outrageous invoices, which was in defiance of the ‘gentleman agreement’ being currently worked out by the Federal Government on the appropriate gas pricing in Nigeria. (NAN)