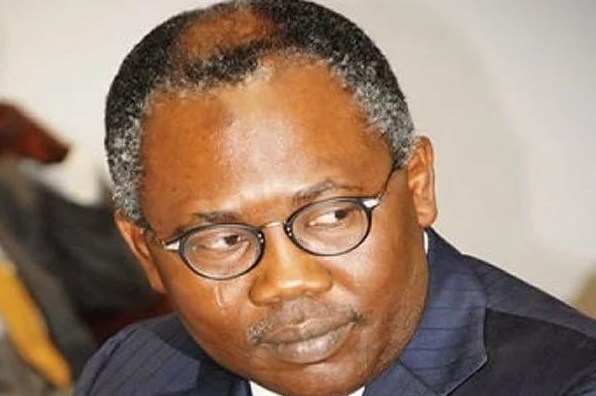 The Economic and Financial Crimes Commission (EFCC) has said it could not arraign a former Attorney-General and Minister of Justice, Mohammed Adoke (SAN), under former President Goodluck Jonathan, for abusing his office because he absconded.

The Commission explained that it had established a prima facie against Adoke,   a former petroleum minister, Dan Etete, and others, for their roles in the implementation of the settlement and resolution of agreements on Oil Prospecting Licence 245 and 214 between Malabu Oil and Gas Limited belonging to Etete and the Federal Government in 2010.

The EFCC also dismissed claims that Justice Binta Nyako of the Federal High Court, Abuja, in a 2017 civil suit marked FHC/ABJ/94/446/2017, absolved Adoke of liability, for his roles in the OPL 245 deal because he acted on the instructions of former President Goodluck Jonathan.

The EFCC stated these in a statement, on Thursday, by its acting spokesman, Tony Orilade.

The Commission stated that given that Justice Nyako spelt out, in no unclear terms, that “The relief Adoke got in the civil suit he brought before her in relation to the extent he could subordinate himself to the directives of the President in the matter of the OPL 245 and OPL214 deal did not make him ineligible to face criminal charges arising from his actions in the same transaction.”

It explained that former President Olusegun Obasanjo revoked the OPL 245, which the late Gen. Sani Abacha granted to Etete, who was his Petroleum Minister, and reassigned it to Shell Nigeria Exploration and Production Company.

But Etete’s firm, Malabu Oil and Gas, reclaimed the oil bloc in 2006 through the court.

The EFCC said, “While Shell challenged the decision, a fraudulent settlement and resolution came under Jonathan’s government with Shell and Eni buying the oil block from Malabu for $1.1 billion.

Investigations of the EFCC into the deal revealed crimes that border on conspiracy, forgery of bank documents, bribery, corruption and money laundering to the tune of over $1.2 billion against  Malabo oil and Gas Limited, Shell Nigeria Ultra Deep, Nigeria Agip Exploration and their officials.”

It said that investigations further revealed that Etete and others fraudulently received an aggregate sum of US$ 801,540,000 from SNEPC, NAEL and ENI SPA in relation to the oil prospecting licence.

It added, “Arraignment of Adoke, Etete and others could not take place because they, along with other defendants, have remained at large, refusing to make themselves available for trial.”