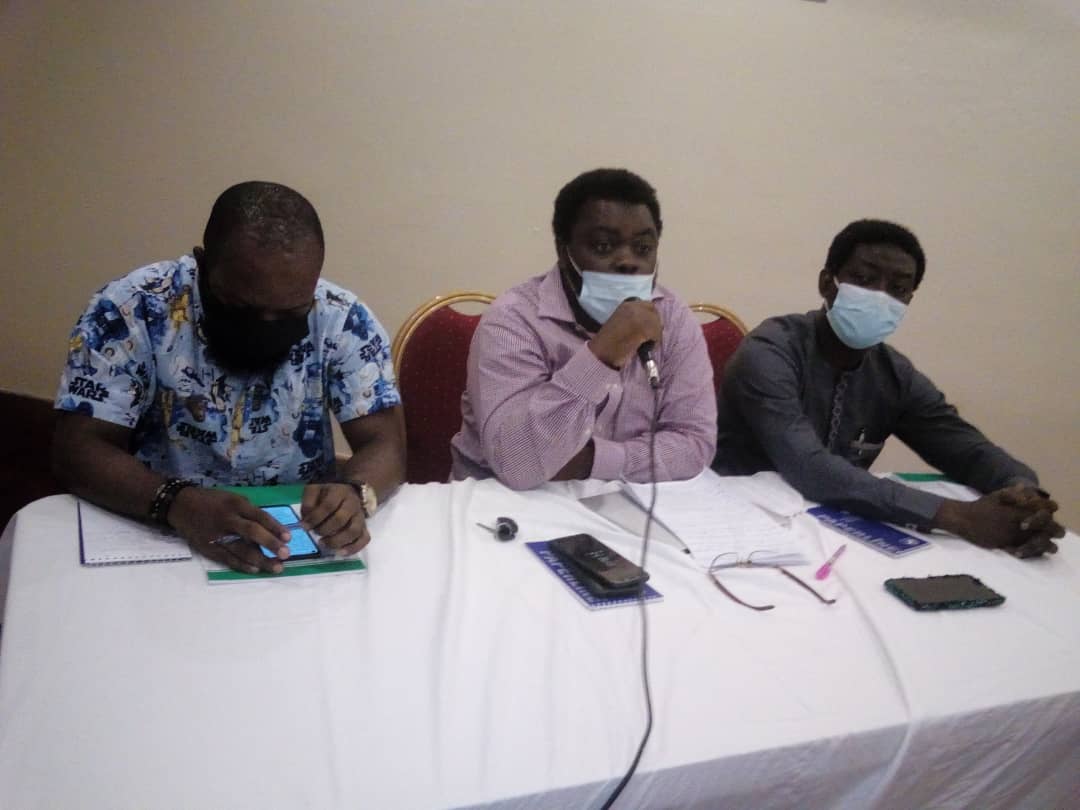 The issue of the OML 245 oil deal appears to still be on the front burner in the country as a non-governmental organisation, Human and Environmental Development Agenda (HEDA), has threatened to sue the former Attorney General of the Federation Mohammed Adoke for accusing it of using forged e-mail to support the allegation of embezzlement against the former Attorney General over the Malabu oil deal.

This came to the fore Wednesday at a press conference addressed in Lagos over the oil deal through which Nigeria was said to have lost billions of dollars that could have been spent in developing projects in the country to private pockets.

The executive secretary of the group, Comrade Sulaimon Arigbabu, who addressed the media on behalf of the NGO said there are 90,000 documents presented in court against the illegal oil deal which indicted Adoke and some of his associates, wondering how can a bank be fooled by an email from unverified account’s message to J.P Morgan to release Nigeria money in its possession should have emanated from Adoke?!

Arigbabu alleged further that the former Attorney General had in the last seven months has been making efforts at subverting the course of Justice and getting away with the allegation against him.

What baffled the NGO was that Adoke petitioned the Inspector General of Police Crime Monitoring unit and the unit had invited Lanrewaju Sulaimon the executive director of HEDA on many occasions with efforts to intimidate him and cow him, complaining that, that all the records submitted by HEDA which indicted Adoke in the oil deal, were not submitted to the Cybercrime Unit of the police!

HEDA added that all the facts that allegedly indicted Adoke in the Malabu oil deal are in the public domain and it has been reported and there is nothing hidden in it, insisting that there is the need to verify who originated the email which authorised J P Morgan to release the fund in its custody.

Arigbabu, therefore, vowed that there was no going back on the NGO’s resolve to explore full extent of the law to seek succour for the damage done to its executive director Olanrewaju Suraj, regretting that what is happening now is corruption fighting back in Nigeria.

Contributing to the discussion, a Lagos based lawyer, Barrister Inibehe Effiong took a critical look at the conduct of the Police in the matter and described it as an embarrassment to the country, lamenting how the Police in Nigeria should be doing the wishes of the people in power at the detriment to what is supposed to be the national interest.

“This is working against the interest of the country by continuously dancing to the tunes of members of the ruling elites,” the lawyer complained, lamenting that, “we have seen in this case that the petition against HEDA as far as I am concerned is frivolous and devoid of merit.”

According to him, the Police have continued to manifest a level of indiscipline and unprofessionalism, protesting the way the HEDA Executive Director, Lanre Siraj is being hounded into needless detention and subjected to continuous harassment over somebody who is being questioned by the same government because of his alleged role in stealing Nigeria’s money.

“What we are seeing is just pretentious fight against corruption. If the government is fighting corruption, this discussion would have been unnecessary. Nigerians and the media should awake and pile pressure and follow up cases like this Malabu oil deal so that things like this should not repeat itself in the nearest future,” the concerned activist declared.