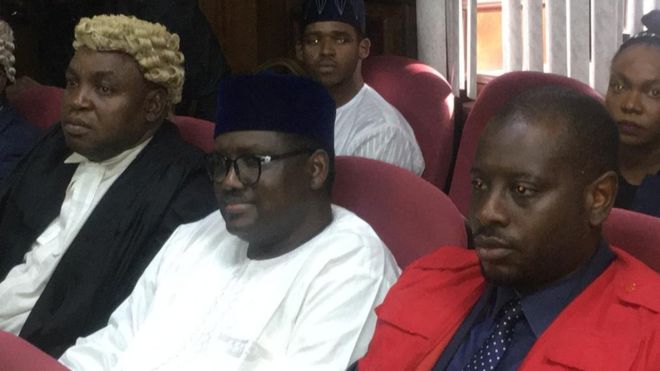 Maina Abdulrasheed, the former Chairman of the former Pension Reform Task Team, PRTT, has finally landed in jail. He is to spend the next eight years of his life in jail, according to Justice Okon Abang of a Federal High Court, Abuja.

His conviction and sentencing came barely two months after his son, Faisal, was also sentenced to 14 years jail for the same offence his father was jailed for.

His road into the four walls of the prison began in 2013 when he was dismissed by the Federal Civil Service Commission on the recommendation of the then Head of Service for his involvement in N2 billion pension fraud.

After a warrant of arrest was issued against him, Maina disappeared and ran away. He was declared wanted but he reappeared in 2017.

Upon his sudden reappearance, he was reinstated as a Director in the Ministry of Interior. His reinstatement generated lots of noise from the public, prompting President Muhammadu Buhari to order his removal.

Maina was charged to court by the anti-graft agency, by the Economic and Financial Crimes Commission, EFCC, on a 12 count charge bothering on money laundering. He was granted bail but alas! he disappeared again.

According to Justice Abang who delivered the judgement, the anti-graft agency had successfully established the essential ingredients of the offences contained in the charge, beyond a reasonable doubt.

How his sentence was to run concurrently, with effect from October 25, 2019.

A month ago, the court jailed Mr Maina’s son, Faisal, after finding him guilty on all three counts of money laundering involving N58.1million in public funds, reports Premium Times