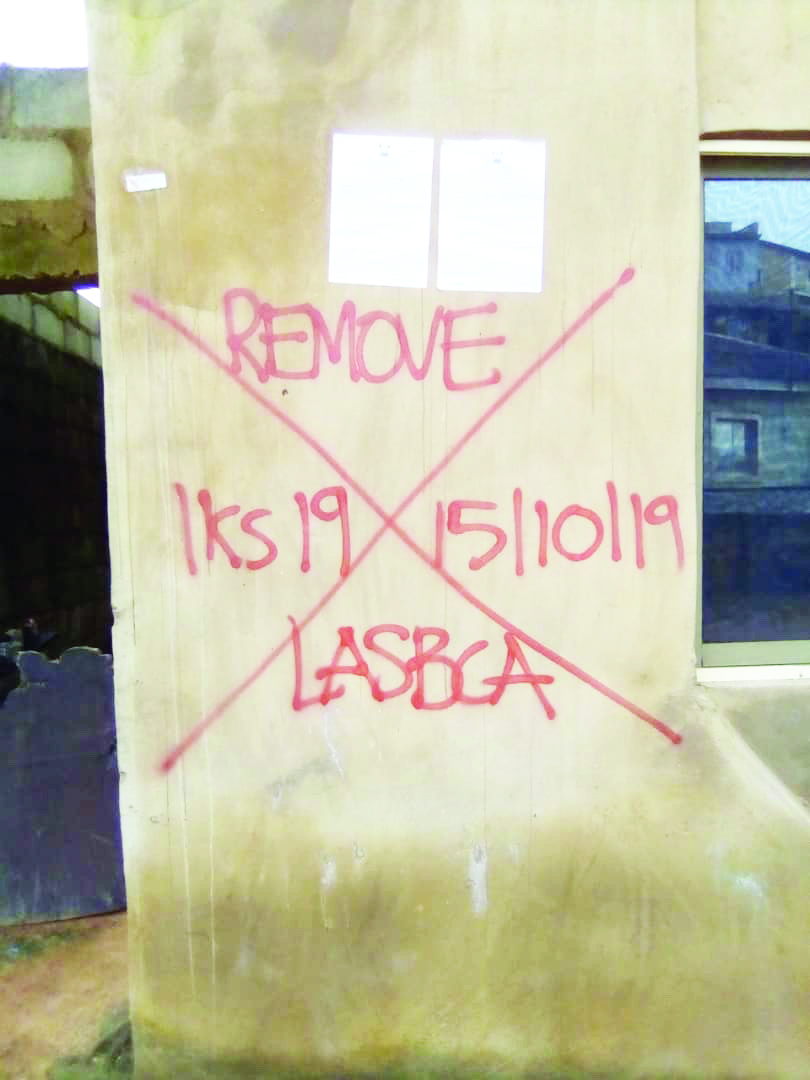 The residents of Araromi Street, Orisha community in Isheri, Magodo area of Lagos, are obviously relieved, as the state government failed to implement its quit order on the community. At the end of the deadline given to them to vacate the riverine area, the quit notice order was not enforced after all.

The notice to vacate the community was given by the Lagos State government after a building collapsed in the community, leaving four persons dead and one critically injured.

The government had on Monday, 14 October, 2019 through the Lagos State Building Control Agency (LABSCA), given the community notice to quit and vacate the area within seven days. The seven days notice expired on Monday, 21 October but residents of the community are still there without any trace of government action to force them to leave their community.

READ ALSO:http://Shareholders complain over SEC’s e-dividend mandate, say it is too difficult

“In view of the above, you are thereby advised to remove all valuables and vacate the property within seven days from the date of the service of this notice.”

An officer of LABSCA had last week told The Nigerian Xpress that the notice given to community to quit the area would be implemented to the letter given the threat to lives of the residents in the community. The officer had said the state government was interested in protecting the lives and property of the state hence the need for it to make sure people in that community are evacuated for their safety as the area is prone to submerging.

“It is never a threat; the government will match words with action this time around. The situation of people in that community is pathetic. The security of lives and property of the people are crucial to government. So, evacuating them from the community is in their interest,” he said.

However, days after the expiration of the notice there is no sign to indicate that the government really meant its words on making sure the lives and property of people in that community are secured and safe.

When The Nigerian Xpress visited the community last Thursday, residents were seen living their normal lives without any trace of their moving out of the community any time.

A resident, Mr. Bola Olawale, told our correspondent that though the government gave them quit notice, they believe the government would reconsider its plan to evacuate them from their community.

“It is true that the government gave us notice to leave this community but we still believe that they would look upon us with mercy because we don’t have anywhere to go,” he said.

To another resident, Mr. Sunday Peters, the community had been taken submerged saying some houses there has been taken over by the Ogun River and the persistence building collapse in the community is due to lack of wall set backs from the buildings in the Estate.

He acknowledged that the environment is not good enough for them to live in but they resolved to continue to stay there despite the dangers since they have no other alternative of where to put their heads daily.

When contacted, LABSCA Public Relations Officer could not be reached on phone and text message sent to his phone was not responded to as at the time of filling this report.

Ilogbo-Ekiti: A community with rare feats