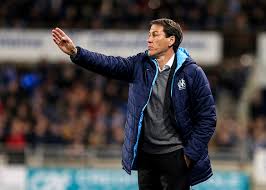 “Olympique Lyonnais confirms the appointment of Rudi Garcia as coach starting today,” OL said in a statement, adding that he had signed a contract until 2021.

Garcia, 55, replaces Brazilian Sylvinho who was sacked last week after Lyon failed to win in Ligue 1 since their two opening victories this season.

In 2011, Garcia was voted the best coach in the league after he guided Lille to the title and French Cup double.

He then took Roma to a second-place finish in the Serie A in 2014.

Garcia moved on to Marseille in 2016, leaving the club at the end of last season after leading them to the Europa League final in 2018.

He will sit on the Lyon bench on Saturday when they take on one of his former clubs, Dijon.

OL are 14th in Ligue 1 with nine points from nine games but have four points after two rounds of matches in the UEFA Champions League.(NAN)