President Muhammadu Buhari can be likened to teenage Emperor Nero who, according to a Roman legend, set the city of Rome ablaze and stood aside to watch and play his fiddle while the great city burned.

Or how else would you describe a president whose doctors threatened a strike and he went ahead to jet out on so-called medical tourism?

This president has eight years to fix the health sector but he has not. Instead, he is busy junketing on medical tourism, even when he roundly condemned it in the build up to 2015.

As I write, President Muhammadu Buhari of Nigeria, the most populous nation of black people, is in London, not seeing the Queen but doctors or a doctor. It’s medical tourism in the Naija parlance.

Ironically, this London trip, one of the many overseas checkups since he took office in 2015, has coincided with an indefinite nationwide strike. While the nation’s health sector faces another round of crisis of striking resident doctors, the president, since July 26, 2021, has been in the UK, enjoying the best of medical attention–a fruit of the seed he will not sow in his country.

The strike, unfortunately, coincides with a fresh spike in Nigeria’s COVID-19 cases, leaving many worried that it could have serious consequences for the battle against the third wave of the pandemic.

To think that the resident doctors’ strike is afoot at the same time the Medical and Dental Consultants Association of Nigeria (MDCAN) gave the federal government and the National Salaries, Incomes and Wages Commission (NSIWC) a 21-day ultimatum to halt persistent cuts in wages of members or face a total and indefinite nationwide strike, meant ‘double wahala for who no get money to go abroad for treatment’, to use the Woke generation parlance. Conservatively, 70 to 80 per cent of the populace cannot afford the cost of decent health care.

Recall that the president’s Special Adviser on Media and Publicity, Femi Adesina, last month announced that President Buhari would travel to the United Kingdom to participate in the Global Education Summit on Financing Global Partnership for Education (GPE) 2021-2025.

The president was also scheduled to undergo his umpteenth medical check-up. The statement added that he would be back the second week of August 2021.

So, while Nigerians were left to guess how long their president would be away, the Adesina statement added that the summit would be co-hosted by the UK Prime Minister Boris Johnson and President Uhuru Kenyatta of Kenya.

The summit, aimed at bringing together Heads of State and Governments as well as stakeholders and youth leaders to provide a platform for partners to chart the future of education systems in partner countries through the exchange of best practices.

Interestingly, deliberations were said to focus on the power of education. The president, who is in the habit of making the right noises abroad as against what obtains at home, could not have said any better when on the global stage, he echoed the Nigerian truism, “You can’t succeed outside your educational qualification.”

Still making the right noise, he added that anyone who missed education has lost everything. True to that confession, no society with educationally sound leaders would allow its doctors and university teachers to stop work at the same time.

Sadly as I write and while the president is still enjoying medical tourism, doctors in Nigeria under the National Association of Resident Doctors (NARD) are striking because the federal and state governments fail to attend to their welfare needs.

As NARD, comprising the first line of medical professionals, whose members attend to patients in teaching and some general hospitals, proceed on strike, consultants in universities across the country are patiently waiting to join, if their demands are not met. Since July 26, 2021, they had given a 21-day ultimatum to the federal government and NSIWC for the reasons stated above.

President and Secretary of MDCAN, Professor Ken Ozoilo and Dr. Moses Chingle, respectively, were reported to have said during a press conference in Jos, Plateau State, that it was disheartening that consultants teaching in universities across the country have continued to suffer underpayment for over 10 years. 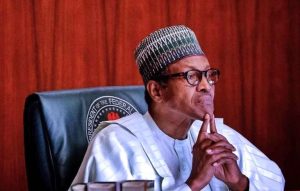 The resident doctors on their part are also dismayed that despite several meetings with the Presidential Committee on Salaries and other top government stakeholders on the pending review of the hazard allowance for health workers, it has remained a paltry N5,000.

In a communiqué issued at the end of their National Executive Council (NEC) meeting at Umuahia, the Abia State capital, NARD, among other things, lamented alleged non-payment of COVID-19 inducement allowance to some of its members in federal and state tertiary institutions.

The communique reads in part: “After critical appraisal of the performance of both federal and state governments on all the issues affecting the welfare of our members as observed above and the insincerity of government in implementing the Memorandum of Action after 113 days, the NEC unanimously resolved by vote to resume the total and indefinite strike….”

Among the doctors, demands include immediate withdrawal of the circular removing house officers from the scheme of service. The doctors are also concerned about the acute manpower shortage in most tertiary health institutions and the attendant burnout effects on its members, a situation made worse by the brain drain decimating the nation’s healthcare system, as well as other maladies.

NARD stated that its members were committed to the smooth running of the health sector, and could only do so if their welfare gets the desired attention.

No doubt, the consequences of the doctors’ strike are grave, such as the disruption of essential medical services to the citizens, who need it greatly. If one considers that Nigerians often suffer and die like chickens from cases that should have nothing to do with death, including childbirth, the picture right now is scary. Yet, the country carries on as if all is well, to the extent that Nigerians are now described as a people with remarkable patience ‘’but for the wrong things.”

No serious country will let its doctors go on strike. And the reason is simple–a serious and responsible government has no business owning or denying doctors, or any worker at that, their entitlements.

You don’t even need high-level education to understand that strikes truncate continuity of a learning process for the young doctors in training, thereby delaying their time of graduation. That disrupts the incoming doctors from getting their spots in residency training.

How about the level of waste to the nation’s lean resources following such actions, and the negative effect on national growth in providing adequate health care for the ruler and the ruled?

If doctors are not adequately compensated for their work, just like any other profession, the tendency to compromise ethics is high which is corruption. No responsible government wants to spend so much in fighting corruption when it can easily prevent it.

Most importantly, the lives lost due to non-provision of crucial services are only available at the tertiary hospitals where the worst cases are referred.

Already, doctors not affected by the current strike will be battling to contend with the additional workload in handling the crowd as a result. Waiting time would more than double with some emergency cases.

Now, you can see why a Nigerian doctor practising in the United States, would in a chat with me on the development, say that the “Nigerian system is riddled with old, mean men who do not think the younger ones should aspire to greatness.”

Simply put, the crux of Nigeria’s problems is that it has no strong institutions for growth and development, which sees to the recurrence of such avoidable industrial actions.

By the time this article is published, I hope the president will have returned from his medical tour and the doctors back to work. I cannot say for sure that the same scenario will not play out again in months to come, at most a year. In Naija, that’s how we roll.

I won’t return to Nigeria until Sunday Igboho is released, says Prof. Akintoye