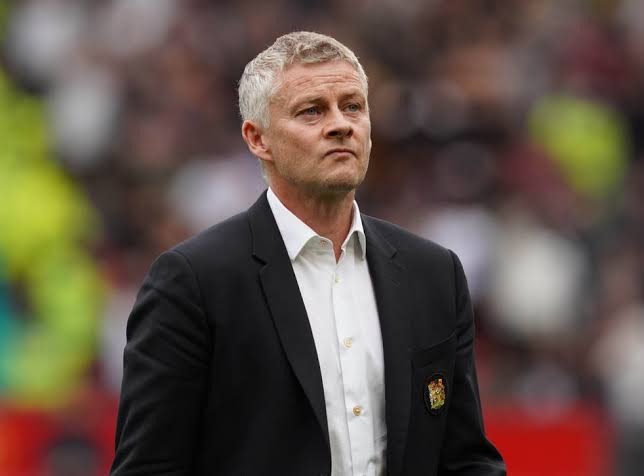 #OleOut, a popular hashtag, was brought back to the top trends on social media on Saturday after Leicester City handed Manchester United a 4-2 defeat.

Manchester United at one stage threatened to steal a point from a dreadful performance but the Foxes rallied to secure their best win of an indifferent start to the season, BBC reports.

According to the BBC, It all started so well for United when Mason Greenwood’s brilliant long-range strike put them in front after 18 minutes but Leicester were level before half-time when the returning Harry Maguire, who had a nightmare afternoon, was robbed by Kelechi Iheanacho to set up Youri Tielemans for a sweeping finish.

Leicester City were vastly superior after the break and went ahead when Caglar Soyuncu sparked a flurry of late goals when he pounced in a goalmouth scramble with 12 minutes to go.

Marcus Rashford, back as a substitute after three months out following shoulder surgery, looked to have got United out of the hole when he ran on to Victor Lindelof’s long ball to apply an emphatic finish four minutes later.

It was a sign of just how bad United were that they were behind again straight from the restart when Ayoze Perez pulled the ball back for Jamie Vardy to flash a finish high past David de Gea.

It is inevitable that much focus will be placed on the failings of Manchester United and manager Solskjaer but Leicester deserve huge credit for a performance that saw them back to their best after a mixed start to the season.

The presence of Jonny Evans in defence provided reassurance and quality while Iheanacho tormented Maguire, who delivered a laboured and error-strewn display.

Leicester may have fallen behind to that Greenwood stunner but they never lost belief for a second and it was no surprise when Tielemans showed his quality with that clipped finish over De Gea into the far corner after Maguire inexplicably dawdled on the ball.

It gave Leicester real impetus and they dominated the second half, with only De Gea keeping the scoreline down as they swarmed over United.

Soyuncu put them back in front but it looked as though their excellence may not be rewarded with a win when Rashford crashed home a leveller.

Once again, Leicester showed resolve and quality to hit United again within seconds and that was that. They were not letting the lead slip this time.

United were on the ropes and Leicester kept them there as King Power Stadium rocked in celebration.

Daka’s goal was the final decoration on an outstanding display, leaving manager Brendan Rodgers beaming after a spell when he was being asked questions of his own – ridiculous given the fact he brought the FA Cup to Leicester City last season.

He will hope this is lift-off for their season.

Maguire, back in the side after injury, set the tone for Manchester United’s performance – and indeed his own – when he ran the ball tamely into touch with just seconds gone.

Greenwood’s goal should have sparked United into life, such was its quality, but this was a grim, disorganised display that got exactly what it deserved.

United, missing the injured Raphael Varane, were shambolic at the back, ineffective in midfield and Cristiano Ronaldo was a peripheral figure unable to conjure up any of the old magic.

Nemanja Matic and Paul Pogba were overrun in midfield. The Serb was ponderous while Pogba’s main contribution was a succession of offences that finally earned him a caution late on.

As for Solskjaer, he looked lost on occasions in his technical area and bringing on McTominay and Jesse Lingard for Matic and Greenwood when Leicester went 2-1 up smacked of desperation as opposed to a considered strategy.

For a squad with such quality, and one which has had so much money lavished on it, United looked like a rabble in the closing stages and it would have been an act of grand larceny had they somehow escaped with a point.

United have lost and drawn at home to Aston Villa and Everton in their past two league games at Old Trafford and only a last-gasp winner from Ronaldo saved them against Villarreal in the Champions League.

Solskjaer now faces a massive week with Atalanta at home in the Champions League on Wednesday, then a huge meeting with arch-rivals Liverpool at Old Trafford on Sunday, 24 October

Add zoning to the Constitution to sustain Nigeria -Shehu Sani