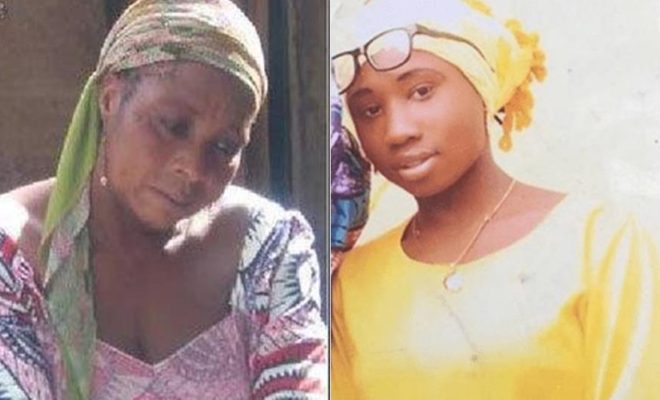 Mrs Rebecca Sharibu, the mother of Leah Sharibu has again pleaded with the Federal Government to intensify efforts towards her daughter’s release  from Boko Haram captivity.

Rebecca made the call on Wednesday in Dapchi in an interview with News Agency of Nigeria (NAN).

News Agency of Nigeria (NAN) reports that Leah was among the 110 Daphchi school girls kidnapped by the terrorist in February, 2018.

READ ALSO:Onaiyekan describes proscription of IMN as a ‘blunt mistake’

While the terrorists released the other 109 girls, they held on to Leah on account of her faith.

“I still plead with Federal Government, organisations and individuals to intensify efforts for the release of my daughter, Leah, who has been in the hands of insurgents for one year and five months.

Also speaking, Miss Aisha Kachalla, Leah’s friend, who was also abducted by the terrorists but was released, said she was worried on the whereabouts of Leah, who has been in continued detention by the terrorists.

“I often cry when I remember my friend Leah. I don’t know where she is.

“I don’t believe she is dead because there is no proof of her death. Her corpse has not appeared in any television station or newspaper.” Kachalla said.

Malam Kachalla Bukar, the Secretary of Dapchi Abducted School Girls Parents Association, said the association would not relent in its effort to ensure that Leah is released. (NAN)