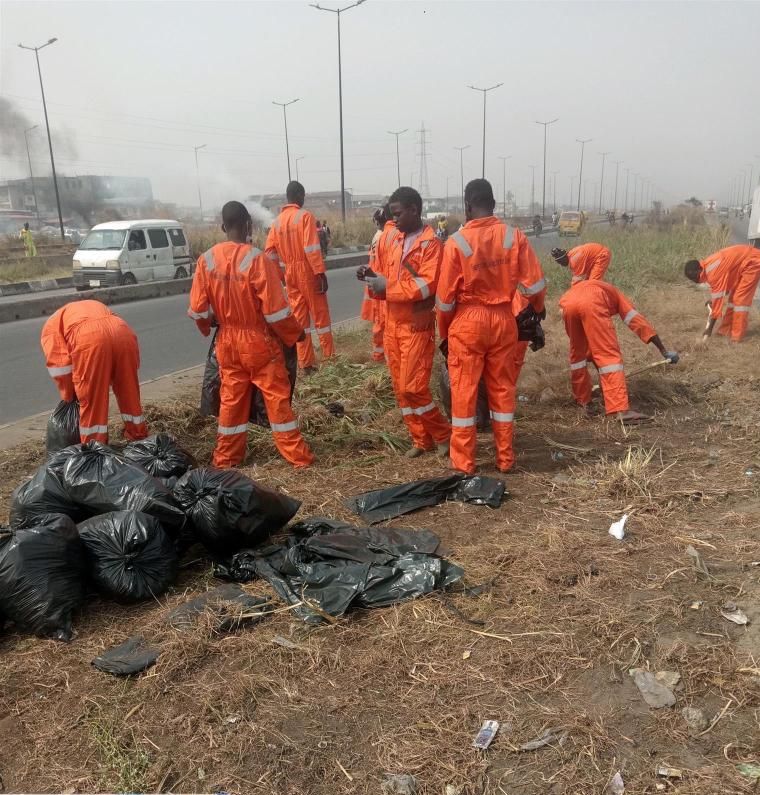 The Lagos Waste Management Authority (LAWMA) and the West Africa ENRG, an environmental services company, has formed a partnership to cleanup heaps of refuse in black spots along the 19kilometres Lagos-Badagry expressway, from Mile 2 to Iyana-Iba.

According  to the Managing Director and Chief Executive Officer,  LAWMA, Mr. Ibrahim Odumboni, the exercise would last for about three weeks, involving deep cleaning of the expressway, with particular focus on service lanes, dedicated bus lanes, tolled lanes, intersections, medians, and kerbs.

He said the move was meant to put a permanent stop to the menace of highway littering and indiscriminate dumping of waste along that corridor, adding that the agency would also focus on the sustainability of the work done.

He expressed gladness at the partnership, adding after the cleanup exercise, the agency would ensure waste evacuated do not find their ways back to the same place.

The exercise, Odumboni added, was part of the  T.H.E.M.E.S. agenda of Governor Babajide Sanwo-Olu, which is  environmental cleanliness and sustainability.

He implored residents to patronise assigned PSP operators, for prompt evacuation of their waste, and call LAWMA toll-free numbers: 07080601020/617, for inquiries and complaints on waste management issues in their areas.