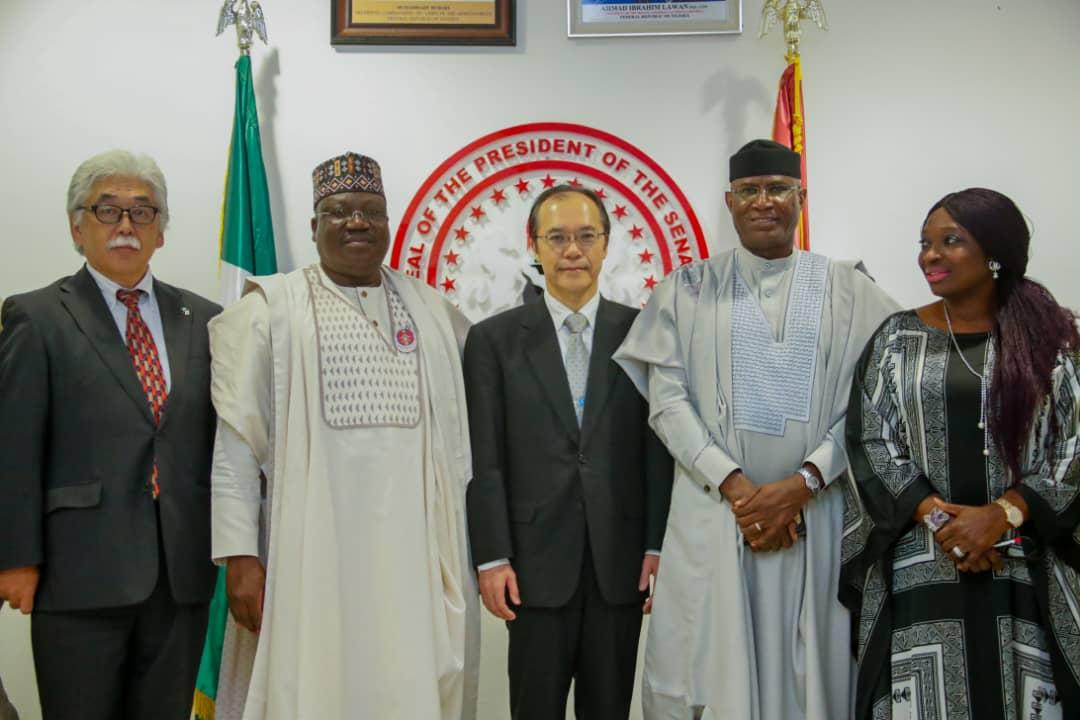 …Says Nigeria going for Gold at next year’s Olympic

Senate President Ahmad Lawan, on Tuesday, called for more engagement between the parliaments of Nigeria and Japan.

Lawan made the call when he received in audience the Japanese Ambassador to Nigeria, Mr. Kikuta Yukata and the Deputy Head of Mission, Shinozawa Takayuki.

“Nigeria and Japan Parliaments need to have more engagement, and help the executives in ensuring we have closer ties,” Lawan said.

Senate President told his guests that the Nigeria-Japan Parliamentary Group will be constituted under the Ninth Assembly so as to allow lawmakers of both countries engage each other in areas of interest to both countries.

Speaking on the similarities between both countries, Lawan described Nigeria and Japan as countries with strong cultural leanings.

According to him, what is significant and supposed to engage both countries more is the business aspect between Nigeria and Japan.

The Senate President, therefore, called on Japan to assist in capacity building through technological transfer.

“While we produce oil and gas, Japan has a lot of technology. We are desirous in getting your support, particularly in building the capacity of our country in terms of technological innovations.

“Today, technology rules the world. I want to appeal to you that we engage in the area of technological transfer.

“This is to show how important Information and Communication Technology is becoming in our economy and lives. We believe our economy can do better and help Nigeria gain stability,” Lawan said.

The Senate President said, “In the diplomatic circle, Japan and Nigeria have always been working together in the international forum. We will continue to give you the support you seek from Nigeria.

“On the whole, you should take the sixty-year relationship to the next level by building a transfer of technology, as well as build on our existing business relationship.”

On Nigeria’s participation at the Olympics game in Tokyo, Japan, next year, the Senate President said, “we (Nigeria) look forward with hope and aspiration.

“We are going to Japan with the hope of getting the gold medal not silver. We will aspire in many areas of the Olympics.”

Earlier, Ambassador Kikuta said Japan has established a Parliamentary Friendship League with Africa through the African Union, and through that established a friendship league specifically with Nigeria.

He urged Nigeria to establish similar Friendship League with Japan stressing that such a move “will contribute greatly to closer political exchange” between the two countries.