Lawan assures of speedy passage of Colleges of Education bills 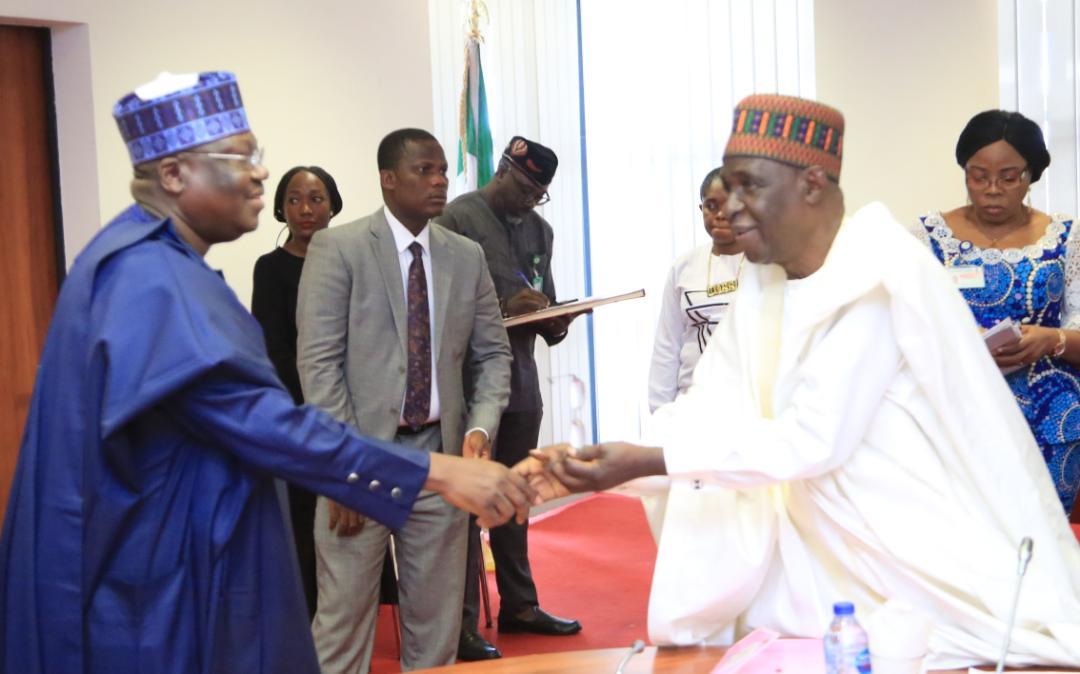 Senate President Ahmad Lawan, on Tuesday, gave an assurance that the upper chamber will accord the Colleges of Education Amendment Bills speedy consideration.

Lawan gave this assurance when chairmen of councils of Colleges of Education paid him a courtesy visit at the National Assembly, Abuja.

“We are going to give very expeditious consideration of these two bills,” Lawan said.

“We will work on that. Let me assure you on behalf of my colleagues that the National Assembly is well positioned. We are in this together to ensure that the Colleges of Education perform optimally,” Lawan said.

The Senate President said the bills would raise the bar in the quality of teachers produced yearly by colleges of education across the country.

“The Colleges of Education deserve the amendments to bring them at par with the universities and polytechnics,” Lawan added.

According to him, the Colleges of Education, as a sub-sector in tertiary education in the country, occupy a very significant and important position in having to produce teachers for basic and secondary levels of education.

Lawan, therefore, assured the group of the willingness of the National Assembly to ensure that the Colleges of Education Amendment Bills are passed when re-introduced.

Reacting on the issue of low funding for colleges of education across the country, Lawan explained that the problem was not peculiar to them and added that other sectors were also facing similar problem of inadequate funding.

He, however, assured them that the National Assembly is mindful of the needs of the colleges of education, and will do “everything possible, particularly for the 2020 Appropriation year to get as much revenue as possible to fund the budget.”

“Let me also take this opportunity to urge you as chairmen of councils of Colleges of Education to continue to pursue those policies that will make the colleges more productive and more functional.

“We are facing serious challenges of shortage of qualified teachers. We need our colleges of education to produce teachers that are qualified.

“We should work hard to ensure that the products that come out are those that can help in building the foundation of our education,” the Senate President added.

“The amendment for Vice Chancellors of Universities is five years. We demand that provosts should also be five years instead of four years as it is now.

“The tenure of members of council in the universities is four years, but that of the colleges of education is three years.

“If it is repealed, it will be called the National Commission for Teacher Education, so that all the teachers can be under one umbrella,” Bukar said.

US- Africa collaboration high on the agenda at Africa Oil Week