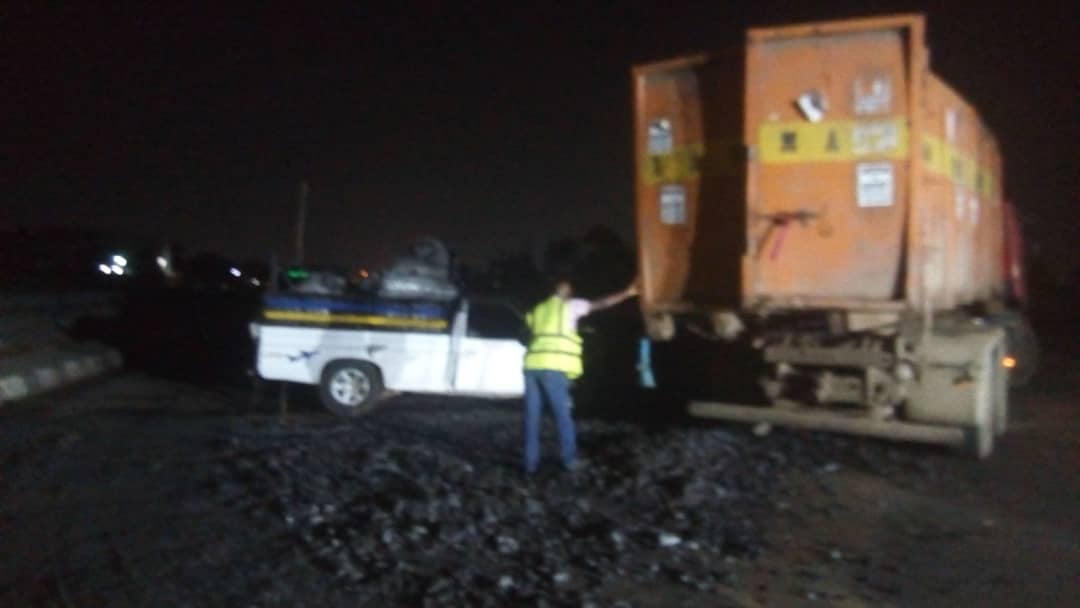 The accident which occurred at Ile Zik inward Oshodi in the wee hours earlier today when a LAWMA Compactor Truck driving against traffic had a head-on-collision with a pickup van, did not result to loss of lives, though several people were injured.

“Further investigation revealed that the LAWMA truck driving against traffic from Ile Zik, while the Pickup van which was heading-in from Oshodi, rammed into the Compactor truck.

“Four people, including the the driver of the pickup van was said to have sustained different degree of injuries and were taken to the Lagos State University Teaching Hospital, LASUTH for treatment.

“Lagos Rapid Response Squad of the Nigerian Police and LRT were responders at the scene.

“Operation was conducted deploying the Agency’s heavy duty equipment (Super Metro) for recovery of the truck and van.

“The accident LAWMA Compactor Truck and pickup van were recorverd off the road, placed on a layby and further handed over to the Police Officers at Man Police Station, Wemabod estate, Adeniyi Jones Ikeja”.