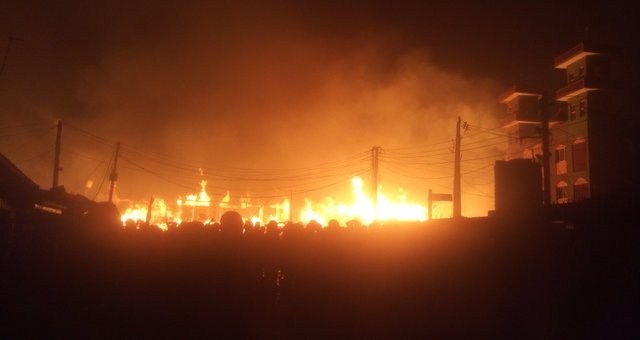 In another development, the Lagos State Emergency Management Agency, LASEMA, has extinguished a market fire at Ebute Ero in Idumota on Lagos Island.

The fire outbreak which cause could not be ascertained, occurred at about 13:30hours, razed five shops in all with two (35 & 36 only) visible from the front, in the two storey building known as Maola Shopping Mall, at Idumota on Lagos Island.

According to the preliminary report on the fire outbreak at Ebute Ero Market Idumota, “Upon arrival of the Emergency responders at the incident scene, it was revealed that a building (Maola Shopping Mall) was gutted by fire as the cause of the inferno remained unknown.

“However, No injuries were sustained as a result of the outbreak, as the inferno has been put out, damped down, and affecting only the top floor of the building housing the 5 shops.