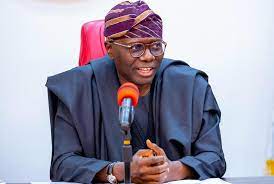 Lifters from the state dusted others from the zone to emerge champion of the four-day event while Osun and Ogun States came second and third respectively.

Speaking at the closing ceremony of the well-attended event, Chairman of Lagos State Weightlifting Association,  Kunle Komolafe said the competition  will help in galvanizing the sports

According to him, the competition which attracted  36 male and female lifters from Lagos, Ogun, Ondo, Osun, Ekiti and Oyo  brought out the best in the athletes as they battled for supremacy in eight weight categories in both the snatch,  clean and jerk events.

He noted that with the successful organisation of the four-day event, the state is now more positioned than ever before to dictate the pace in the sports as well as go for medal haul in the forthcoming  National Sports Festival to be hosted by Delta State.

“I’m particularly delighted that the athletes competed favourably throughout the duration of the competition which is an indication that the South/west has capable lifters that can go for a podium finish at international championships.

“We at Lagos State are mindful of the fact that weightlifting has many medals at sporting events and part of the reason we put up this competition is not only to further develop the sports in the geopolitical zone but to put our athletes in top shape ahead of the forthcoming National Sports Festival where we hope to dominate the game of weightlifting”, he explained.

Komolafe was particularly happy with the support the association received from the state government, the Sports Commission and their sponsors with a pledge that the board under his leadership will continue to develop the sports as well as pursue an aggressive grassroots developmental programme aimed at discovering of future talents.

In his remarks,  Director General, Lagos State Sports Commission, Oluwatoyin Gafaar  Boluwatan while commending the association for putting up a hitch-free competition noted that the championship was part of Governor Babajide Sanwolu’s effort at developing sports in the state as a way of empowering the youths and make them meaningful citizens of the country even as he posited that the aim of the tournament was to evaluate the preparation of the state for the forthcoming National Sports Festival

He promised that the state government will continue to encourage all sporting associations in the state to embark on regular tournaments as a way of talent discovery.