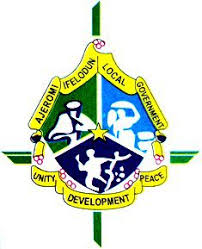 Some residents of Ajeromi/Ifelodun Local Government Area of Lagos State have raised alarm over incessant shootings inside the council secretariat.
The News Agency of Nigeria (NAN) gathered that the shooting had created fear in the residents, forcing some to run away from their homes to avoid stray bullets.

NAN learnt that on September 18, there were sporadic gunshots within the council secretariat, which saw many running for dear life following the booming of guns.

It was gathered that the gunshots were carried out by some suspected cultists called “Agbalajobi Boys” allegedly doing the bidding of a senior council official (name withheld).

NAN further learnt that when the alleged council official was challenged over the incessant shootings by some political leaders in the area, the official claimed that “he was trying to test the efficacy of his newly acquired bullet proof charm.”

“As if the September 18 shooting was not enough, the police orderly to the said council official held another round of shootings on September 20, thus becoming a norm in the Ajegunle council secretariat.

“These cultists move around during the day with guns unmolested or check by the security agencies.

“The police station is just a stone throw away from the secretariat, but the officers seem not bothered,” a source told NAN.

As people in the area continued to live in palpable fear, concerned residents were beginning to question if the police were aware of these security breaches or if the said senior official was licensed to bear arms.

“I feel I owe it to posterity to draw attention to a very dangerous and quite unbecoming aberrations happening right inside the Ajeromi Ifelodun Secretariat.

“Enough is enough. This is not the first time that this same senior official will do this. Indeed, the first time it happened, it was a very scary scenario.

“I think something drastic need to be done on this matter before it becomes endemic. I think that the police in Lagos State should look into this issue before it escalated,” said a resident of Ajegunle who craved anonymity.

When contacted, Spokesman for the Lagos State Police Command, Bala Elkana, told NAN he was yet to receive such report.

“I have not received such brief,” Elkana said. (NAN)