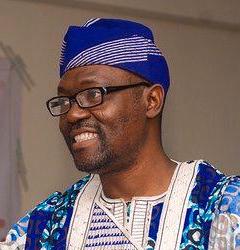 Chairman, Nigeria Union of Journalist (NUJ), Lagos State Council, Dr. Quasim Akinreti has advocated mounting of pressure on all African Governments to live up to expectations in order to make the continent retain its best brains being lost to other continents in the name of searching for greener pastures.
And to mount the pressure, Akinreti reasoned that, the media is in a prime position, despite challenges to promote inclusive governance, accountability and rule of law that can reduce excessive urge in Africa to escape to the projected erroneous paradise in Europe, America and elsewhere.
The journalists’ boss spoke at the day-3 of the international virtual summit themed, Migration: Remedies for Covi-19 and the economy, organised by the Journalists International Forum For Migration (JIFORM), Friday.

Delivering a key note address in a summit that had participants and speakers from different continents titled Media, Governance and Economic Dynamics, the NUJ Chairman posited that media must continue to inform, educate and entertain with the purpose of making government and the people accountable for their actions in the best interest of the society and overall public good.
He noted that in some countries, particularly in Europe and America, citizen’s engagements platforms and tools were available to build consensus on public projects, enhance effectiveness and service delivery such that if public project failed the test of public scrutiny and satisfaction, the contractors were made to refund tax payers money and prosecuted for non-performance.
“Since it is the rights of citizens to seek for the attainment of good governance at its best for economic prosperity, people migrate to those countries in Africa, Europe, America and Asia in droves. Apart from South Africa, Bostwana, and Libya before the death of Gaddafi also attracted influx of migrants. Also, Rwanda after its prognosis is now a home for good governance and migrants are now interested in living in that country.
“Surely, the media have assisted greatly to tell stories of successes in good governance, leading to economic prosperity of some countries and the people are determined to migrate there. But the media have failed to tell other challenging lifestyle of these societies, thus given a false hope to the people who are ready to migrate there.
“The story of equal opportunity in Europe and America are quite fascinating. But racial discriminations are not given more prominence. The Golden Fleece in the Arab world is not too enticing, but the racial inequalities are not given utmost prominence. Unlike in Europe and America where migrants attain citizenship after a long stay or by marriage, the Arab world does not accommodate these opportunities,” Akinreti lamented.
He therefore charged the media to explore its position as the fourth estate of the realm to fight for public good to bring about accountability and good governance.
“The legislature makes the law to guide policies, the judiciary interprets the law and the executive actualises the law and policies for public interests and public good. A case in point is the Freedom of Information Act (FOI), in Nigeria. This Act gives everyone access to request for information on public policies from agencies and institutions of government.
“For this discourse on migration, everyone is entitled to full disclosures on the activities of the Nigerian Immigration Service (NIS), National Agency for Prohibition of Trafficking in Persons (NAPTIP) and the Nigerians In Diaspora Commission (NIDCOM).
“Then the media must change the narrative; make government accountable to implement people oriented policies that will attract economic prosperity. The nexus between the media, governance and economic development are too germane for addressing the challenges of migration. Journalists owe everyone a duty to ensure sustainable development of our society.”
However, the NUJ chairman said the society equally owes the media tremendous support and the government must provide a virile environment for the media to survive through prompt attention on welfare and other sustainable factors.
“In Africa, economic migration is a threat to the survival of this continent; all hands must be on deck to tell the true story of Africa from the African perspectives. African Governments do not have a choice, but adhere to the rules of engagements or good governance. That in effect will address and reduce the challenges of migration,” he submitted.
President of JIFORM, Ajibola Abayomi, in his remarked disclosed that, Akinreti, an international personality, media trainer and Deputy Director, Voice of Nigeria (VON) and a passionate global resource person that was passionate about migration issue.
The JIFORM therefore thanked Akinreti for his inputs and contributions to the growth of Africa and capacity building for migration journalists across the globe.

Orji Kalu back in Senate after six months court saga