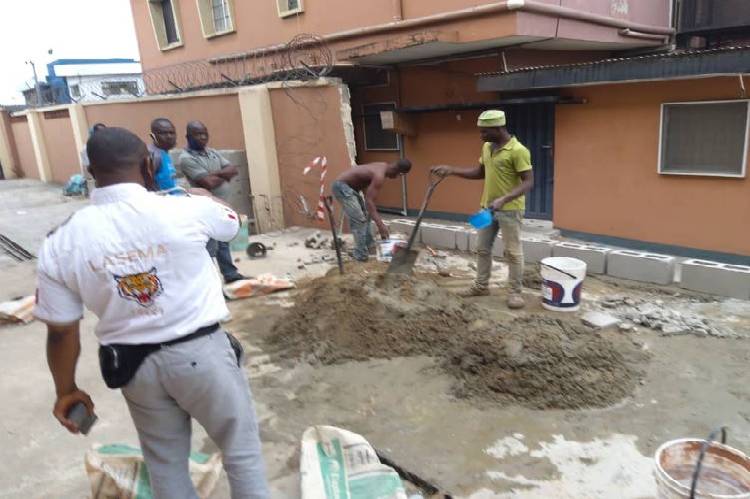 The Lagos State Government has commenced the immediate reconstruction and repairs of the fence of buildings damaged by a helicopter that crashed into a residential area in Opebi, Ikeja.

Following the tragic crash that claimed the lives of the three people on board, Governor Babajide Sanwo-Olu had, on Saturday, visited the site of the crash at Salvation Road, in Opebi area of the state, 24 hours after the incident, to assess the extent of damage.

Director-General of the Lagos State Emergency Agency (LASEMA), Dr. Olufemi Oke-Osanyintolu, who disclosed this in a tweet, said that reconstruction of the fence was in line with Governor Sanwo-Olu’s pledge to rebuild the damaged structures.

Governor Sanwo-Olu while speaking to journalists after looking around the crash site and meeting with the owners of the affected buildings, promised that Lagos State Government will carry out integrity tests on the buildings and do necessary repairs and assist the affected families.

The governor also commended all the federal and state agencies for their quick response by moving to the site shortly after the helicopter crash.

Governor Sanwo-Olu also promised to assist the senior citizens to reduce their psychological, physical, and emotional hardship, which may have been caused by the incident.

Owa-Ale of Ikare joins his ancestors