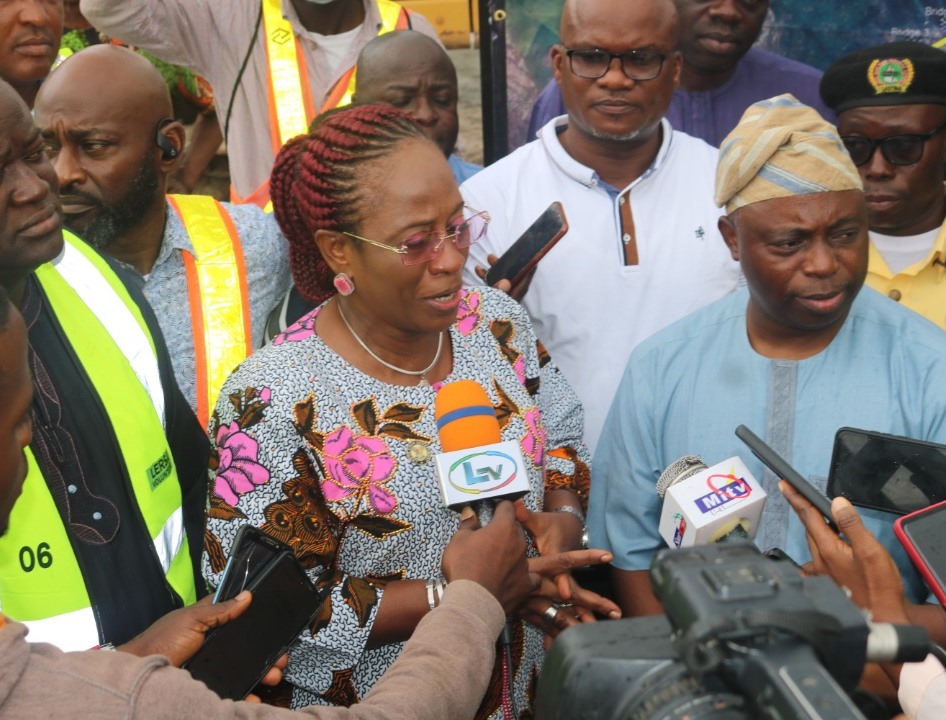 The Lagos State Government has reassured residents of the timely completion of the Lekki-Epe Expressway with advice to motorists to obey the traffic signs at the construction site.

Special Adviser on Works and Infrastructure, Engr. (Mrs.) Aramide Adeyoye made the statement on Thursday after visiting the Awoyaya Axis of the Epe Expressway together with several stakeholders like Craneburg Construction, Lekki Estate Resident Association (LERSA) and others, in response to the complainant about the ongoing construction work on the expressway (from Eleko to Abraham Adesanya).

Speaking during the inspection, Adeyoye said attitudinal change on the part of motorists and commuters will help a great deal in bringing sanity to the road as construction intensifies on the Lekki-Epe Expressway.

“We want to reassure our citizens that the government of Lagos State is assiduously working at improving their lives. Governor Babajide Sanwo-Olu has done a lot in the delivery of dividends of democracy to the people of Lagos State and our works are visible in all parts of the state. Phase I of the Lekki-Epe Expressway, which is from Eleko Junction to Epe, is almost 95 percent completed. We will soon start full work on Phase II of the project, which is from Eleko Junction to Abraham Adesanya,” she said.

The Chairman of Ibeju Lekki Local Council Development Area, Hon. Sesan Olowa, who commended the developmental strides of Governor Babajide Sanwo-Olu’s administration, said the Council is doing everything possible to support the state government in ameliorating the hardship being faced as residents commute on the corridor.

“We are very happy and the people of Ibeju Lekki will also support every effort in this direction. We are going to work closely with the contractor and the Ministry of Works and Infrastructure to ensure that we manage whatever challenges that might occur during the construction,” he said.

Bello, who said they are always on the ground to monitor and give feedback to both residents and government, appealed to commuters to be patient on that axis and follow the laid down rules for the work to move smoothly.

“Our role is to ensure that we get the best value. The money they are spending on this project belongs to you and me. So, we must get the best value for all our residents and stakeholders.  We must tell our residents and stakeholders to calm down when they are on this construction stretch because if we all behave ourselves when we get to this area, the road project will go very easily and seamlessly. We also have a responsibility to protect the people who are working on the construction site,” he said.

The Project Manager, Craneburg Construction said the Eleko to Epe Road construction is already done even before schedule and this current construction of Eleko back to Abraham Adesanya has started too.

He appealed to motorists for patience and to follow the traffic rules and diversions.

The reconstruction of the Lekki-Epe Expressway (Eleko to Epe T-Junction) which was started by the administration of Governor Babajide Sanwo-Olu is almost done and the 2nd Phase of the Project which is ‘Eleko Junction back to Abraham Adesanya’ has started and will be delivered too.