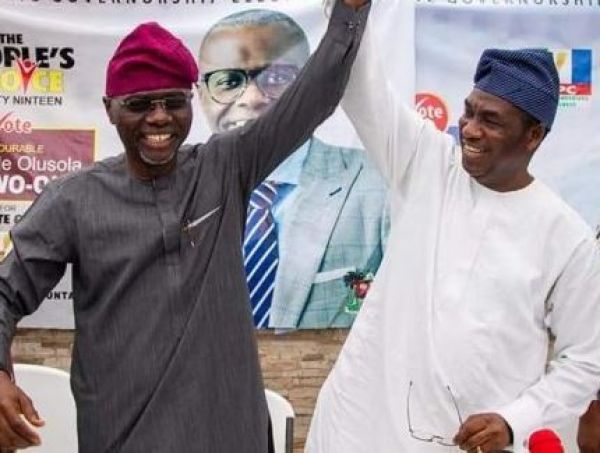 Exactly a year ago, Lagosians came out in their numbers to cast their ballots and elected Mr. Babajide Sanwo-Olu as Governor and Dr. Obafemi Hamzat as Deputy Governor of Lagos State.

That decision made by the residents gave the duo and their team the opportunity to start a journey for a Greater Lagos. This, they’re doing methodically using the six pillars of development tagged the THEMES agenda as anchor.

The THEMES agenda is a product of a thorough and painstaking needs assessment work done by scholastic, experiential, industrial and political think tank set up by BOS in concert with his deputy KOH.

It enabled them to hit the ground running immediately after they were both sworn in on May 29th, 2019.

Work began in Traffic and Transportation, Health and the Environment, Education and Technology, the process of making Lagos a 21st century global economy, Entertainment and Tourism as well as Security and Good Governance. Every area has been the focus of the administration from day one.

Today, Lagos is wearing a new look. Some say the State is gradually becoming a project site-yes, it will be like that for some time to come. It’s for the good of all.

Several road intervention projects had been done in less than a year, giving residents a good lease of life. Traffic gridlock has reduced by over 45%. The Government is working to achieve more as the administration constructs more roads and with Junction improvements works going on, traffic situation will further improve.

Health has been tackled head on and it’s still receiving a hundred percent attention. Mother and Child Maternal hospitals inherited from previous administrations have been completed, commissioned and are now functioning.

Our level of preparation for emergencies is world class. Just as we defeated Ebola, Governor Sanwo-Olu’s administration is facing the Coronavirus outbreak with an unusual energy. The Governor is directly championing a disease-free Lagos! More hospitals and primary health care centres are already in the works.

Hundreds of Lagosians have become landlords as keys were handed to successful allottees of the LKJ Housing Estate in Igando. I saw joy, excitement and appreciation on their faces as they received the keys to their new homes during the handover ceremonies that day.

The allottees who could not hide their happiness were full of prayers for the Governor.

The transportation sector in Lagos will not be the same in a matter of months. Just wait for it. In the meantime, lots of residents have started enjoying the water transportation courtesy the Lagos Ferry Service (Lagferry). Efforts are in top gear to meet target set for the commercial operations of the blue line rail services. Other lines, which are connected to the existing ones by the Federal Government will come up in due course.

Today, more people come into the city-state hourly for business and pleasure. This administration has raised the bar in human development index.

The administration is only just starting. The next three years holds a bigger promise for Lagosians-a promise of transformation and of life changing experience in all strata of human endeavours as we move to the greater Lagos destination.

Finally, as I look back to March 9, 2019, all I think of is to thank the good of Lagos for identifying these talents and for the confidence they’ve reposed in them to deliver the goods for a Greater Lagos.

Akosile is the Chief Press Secretary to the Lagos State Governor

Development of sports at grassroots, our priority –Dudu-Orumen