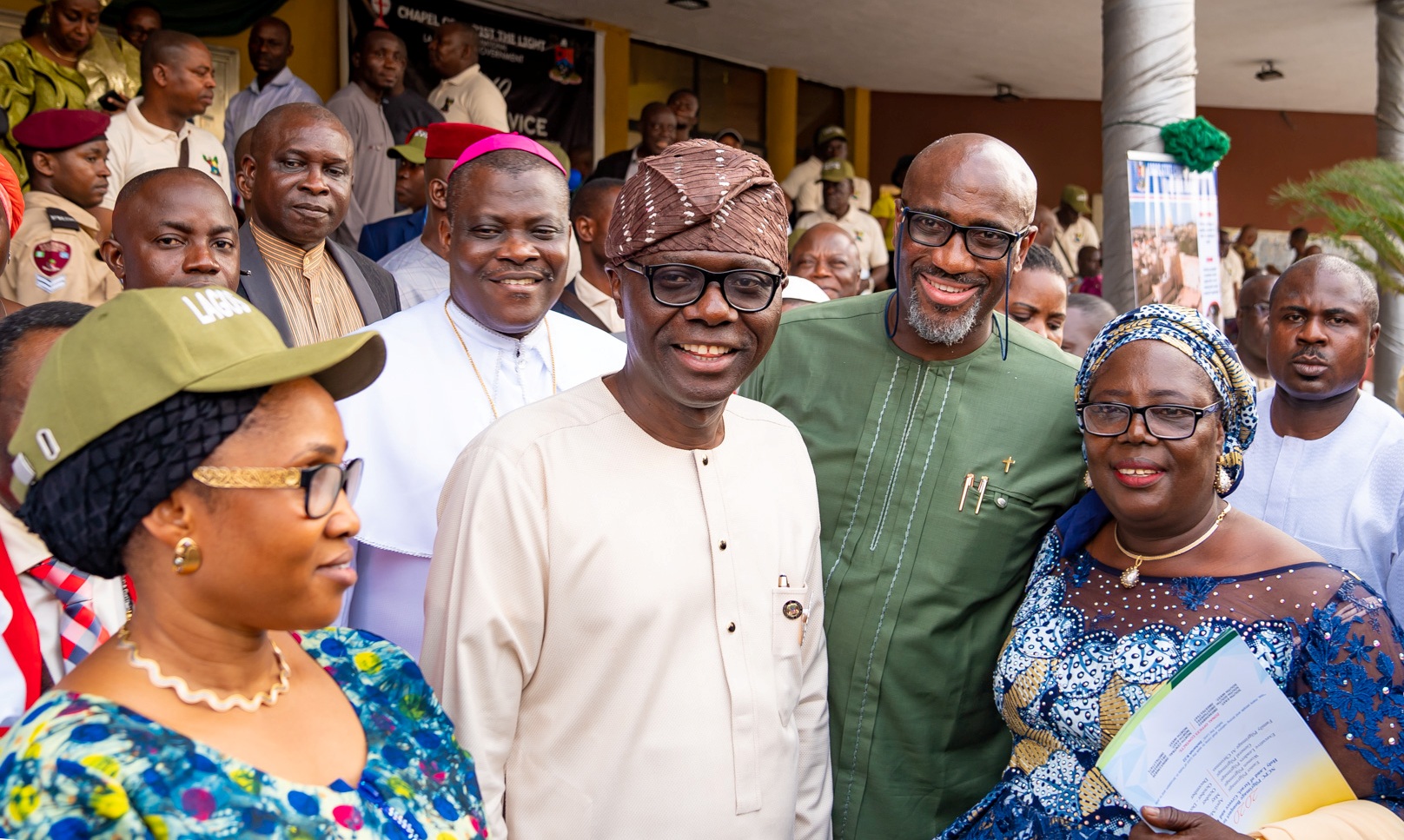 Governor Babajide Sanwo-Olu of Lagos State, on Sunday, flagged off the 2019 Christian Pilgrimage to the Jerusalem, charging the pilgrims to use the opportunity to renew their faith in God.

The governor described the journey to the holy sites as “important religious exercise” for those who believe in God, saying it is one of the bold efforts Christians make to attain spiritual guidance and contentment.

The flag-off ceremony was organised by the National Christian Pilgrim Commission (NCPC) and held at Chapel of Christ the Light Church, at Alausa. The ceremony preceded the airlift of all Nigeria pilgrims to Jerusalem.

Reading from Exodus 6:4, Governor Sanwo-Olu urged the pilgrims to establish new covenants with God and change attitudes that may deny them the rewards of the exercise. He also asked them to pray for unity and harmony in Nigeria.

Said he, “God has considered you all worthy to be part of this pilgrimage to the holy land. This is an opportunity for you to rediscover yourself and strengthen your faith.

“You are going on a journey with God and you must come back better than you are leaving.

“This pilgrimage is an opportunity for you to attain a new level of spirituality. You must come back to be good example people want to see in Christianity.

“You must portray attitude that must showcase the good values of your faith. Create time for fellowship with other Christians and pray not only for your families, but for your state and our country at large.”

Governor Sanwo-Olu charged the pilgrims to refrain from actions that may embarrass the country in the holy land, stressing they were going to Jerusalem as ambassadors of Nigeria.

President of Christian Association of Nigeria (CAN), Rev. Supo Ayokunle, praised Governor Sanwo-Olu for honouring the invite to flag off the event, noting that the Governor displayed high respect for the Church and Christendom.

In his three-point admonition to the pilgrims, the CAN leader reminded them of their duty to God, saying the journey to Jerusalem was a form of worship to earn God’s pleasure and reward.

He observed the dispute over the ownership of the holy sites in Jerusalem was an indication that God’s eyes remain on the land.

He advised pilgrims nursing the intention to abscond not to do so, saying such action would rob other Nigerian pilgrims of dignity and respect.

NCPC chairman, Rev. Yomi Kasali, said Lagos was chosen as flag-off location for the pilgrimage because the State remained unique in its preparation for the religious exercise.

He urged intending pilgrims to portray Lagos and Nigeria in good light and be responsible while in the holy land.

Commissioner for Home Affairs in the state, Mrs. Uzamat Akinbile-Yusuf, is leading the Lagos State pilgrims on the journey to Jerusalem.