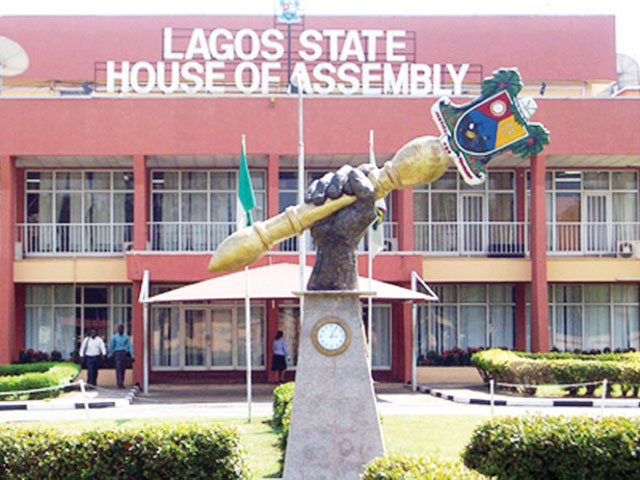 The Lagos State House of Assembly (LAHA) has warned the members of the National Union of Road Transport Workers (NURTW) in the state to desist from all forms of violence.

LAHA said that the union risked being proscribed from operating in the state if its members persist in making troubles in the state.

The News Agency of Nigeria (NAN) reports that some members of the union had on Wednesday staged a protest to the assembly, rejecting the emergence of Musiliu Akinsanya, a.k.a. M.C Oluomo, as the union’s caretaker committee chairman.

NAN reports that the resolution of the house followed a motion moved by Mr Victor Akande, representing Ojo I Constituency , during plenary on Thursday.

Akande said that some members of the NURTW in the state had staged a protest to the assembly complex where they alleged that Akinsanya was imposed on them as the caretaker committee’s chairman.

Akande said that the protesters alleged that Akinsanya and his supporters were working against the constitution of the union.

He said the protesters believed that being one of the contenders for the position of the union chairman , he should not have been given the caretaker committee’s chairman.

Akande said that the protesters allegedly threatened that there would be blood shed in the state if the government did not intervene in the issue.

Contributing, Mr Olawale Olayiwola representing Mushin Constituency II, urged his colleagues to p, as a matter of urgency, look into the matter.

According to Olayiwola, the NURTW issue is a case we should quickly intervene in and we should also critically look at it because their matter is always a delicate one.

He said: “The union members have had transitions in times past and some of them had not been violent.”

“We should ensure adequate security whenever they want to conduct their election and we should counsel them to accept whatever the outcome of their election is,” he said.

On his part, Mr Rotimi Olowo representing Shomolu I, said it was high time the union members were cautioned on their activities.

Olowo said: “We should let them know that we will not continue to condone violence from their end. They cannot continue to kill themselves in the name of electing a chairman.

“We should let them know that if they engage in any other form of violence again, we will proscribe their union,” he said.

On his part, Mr Abiodun Tobun, representing Epe 1, said that the union members had been killing themselves because of the money they were making in the state.

“They are making too much money from the union and that is why they are engaging in violence and killing each other every time.

“It is wrong to have imposed someone on them. They should get a neutral person to be the chairman so that there will not be crisis,” he said.

The Deputy Speaker of the House, Wasiu Sanni-Eshinlokun, said his constituency, Lagos Island harps been in chaos in the past few days because of the clashes between members of the NURTW.

“Lagos Island has been in chaos in the past few days and three persons were killed in the process. Some hoodlums have taken advantage of the crisis within the NURTW to rob and loot traders’ shops.

“They should try and embrace the spirit of sportsmanship. We should send warnings to them to stop the violence,” he said.

In his ruling, the Speaker of the house, Mr Mudashiru Obasa, said that if they were earning a living from the motor parks, they should be able to maintain peace and orderliness there.

“Their election should not cause crisis and whenever they start their crises, innocent people are always the ones to suffer.