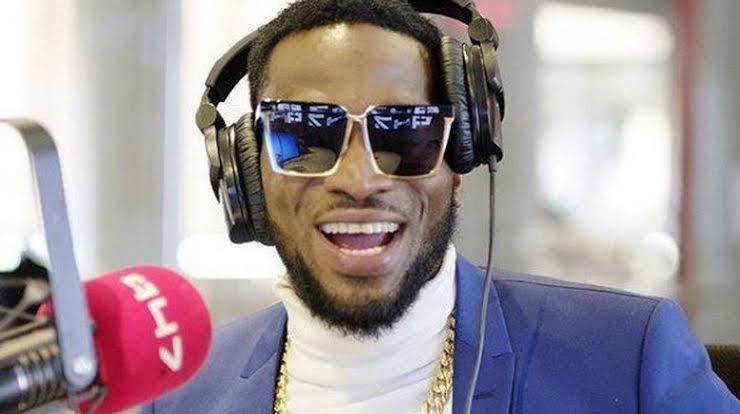 Nigerian musician, Oladapo Daniel Oyebanio, popularly called D’banj has been accused of raping a lady back in December 2018.

The lady, known as Seyitan, took to Twitter to tell how the Koko Master forced himself on her in a hotel.

According to her, she attended a party at Eko Atlantic City which was organised by D’Banj. She said after the party, someone came to tell her that D’Banj wanted to be with her that night which she refused.

“On getting to the hotel, Oyin (whom she met at the party) called me and said D’Banj saw me at the party and he wanted to be with me that night which I bluntly refused because I wasn’t interested, ” she said.

She said around 5:00am, D’banj entered her hotel room unannounced, and began to touch her inappropriately and forcefully had sex with her.

According to her, she threatened the musician who told her that if she did not cooperate she would leave the hotel naked.

She said she had refused to share her story for fear of retributionn, but decided to come out in the light of several high profile rape scandals recently.

D’banj, who has largely remained scandal-free, is yet to respond to the allegation but a social media post by the musician shows that he was out of the country on the date the lady said he raped her.

Last week, a lady, Uwalia Omozuwa was raped and murdered in a church in Edo State and another lady, Barakat Bello, a teenage student of the Federal College of Animal and Production Technology, Moore Plantation, Apata, Ibadan, was reportedly  raped to death in Ibadan, the Oyo State capital.

Nigerians have called for stiffer penalties against rapists.