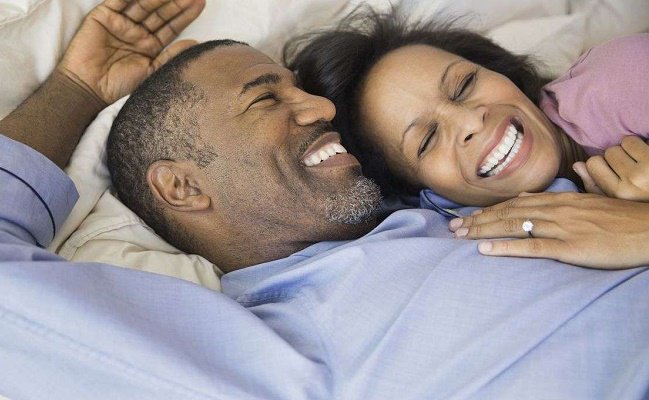 A new study conducted by researchers in Anglia Ruskin University has linked s*x deprivation among men in their 50s to cancer and other health threats.

The study, published in the journal Archives of Sexual Behaviour, had the researchers examine the health of people aged 50 upwards over the space of four years and questioned them on their s*x lives.

According to Daily Mail, they worked on the basis that, if individuals are too tired to make love, that fatigue could presage health risks that eventually lead to illness while men who suffer from impotence may have vascular problems which put them at risk of heart disease.

After examining a total of 5,700 men and women nearing their golden years, the scientists found that men who have less s*x after they turn 50 see their risk of serious illness rise by more than two-thirds and reported 63 percent likelihood of getting diagnosed with cancer.

Women, on the other hand, reported 41 percent likelihood of developing a long-standing illness, albeit, the risks were not as serious as men’s.

On the contrary, men whose libido stayed the same reported a much lower risk of 15 percent with respect to developing illnesses like diabetes or arthritis — the same illnesses which were more likely in men whose s*x drive had reduced.

Speaking on the findings, the experts advised that those in their middle age keep up with their nights of ecstasy for health benefits because “one evening of sexual activity burns up to 85 calories” and releases endorphins that boost the immune system.

Lee Smith, a senior author of the study, who spoke on the findings, said it is important to remember that sex is a form of physical activity despite being performed at moderate intensity.

“It is important to remember that s*x is a form of physical activity, albeit often performed at a moderate intensity, which burns around 3.6 calories a minute. All exercise comes with health benefits and s*x is no different,” he said.

Ogun to renovate 236 blocks of classrooms