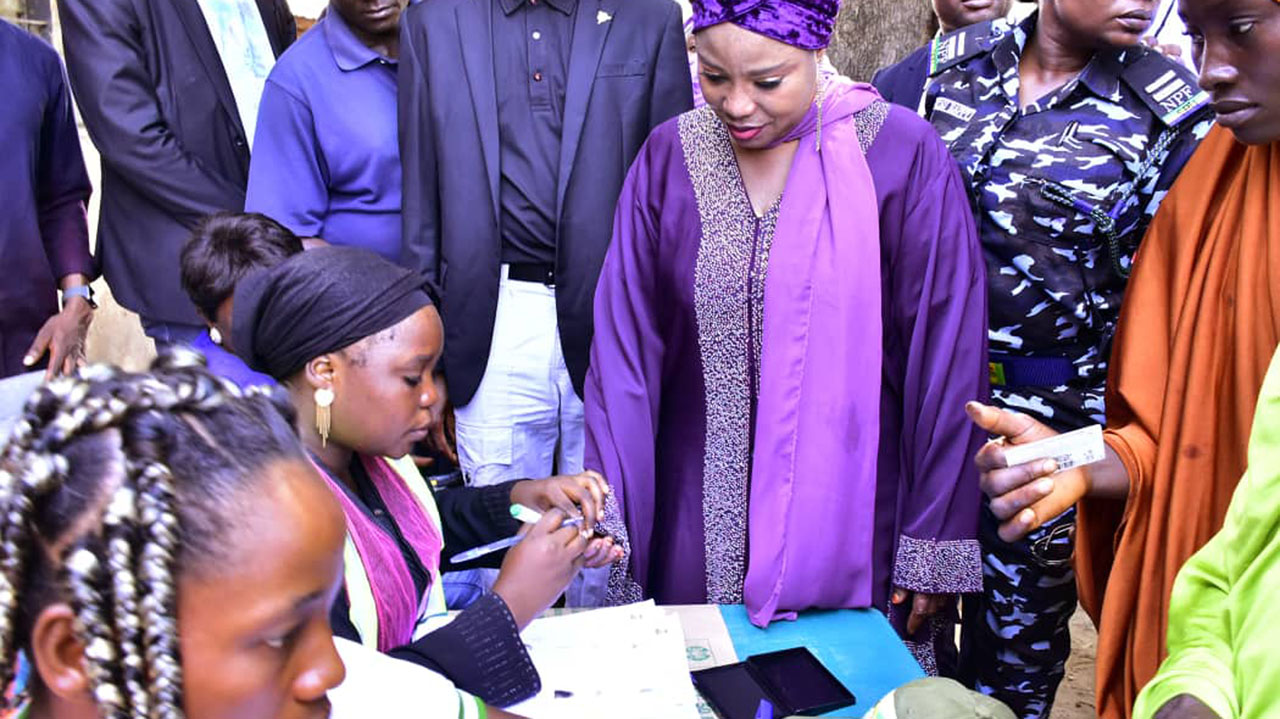 The FCT Minister of State, Dr. Ramatu Tijjani Aliyu has delivered her Yagba Polling Unit and Kakanda Ward to the All Progressives Congress (APC) in the Kogi Governorship and West Senatorial District elections in the state.

Aliyu, who was until her appointment as the FCT Minister of state, was the National Women Leader of the party, still enjoyed support and solidarity at the grassroots.

Announcing the result, the Returning Officer, Dr. Okor Henry said that the APC governorship candidate got 350 votes to defeat the People’s Democratic Party (PDP) candidate that got 62 votes at Yagba polling unit.

“Similarly the APC governorship candidate won a total of 5,631 votes to defeat PDP governorship flagbearer that got 1,109 votes at the Kakanda ward in Lokoja Local Government Area.

“While the APC Senatorial candidate got a total of 4,907 votes to defeat the PDP candidate that got 2,013 votes at the ward.” (NAN)