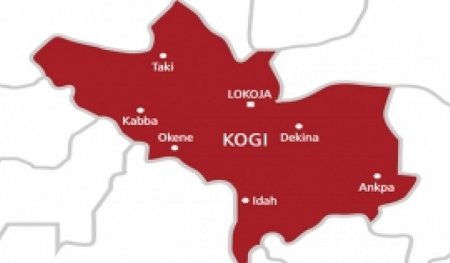 As the clock ticks towards the governorship primaries between August 2 and 29 in Kogi State, political gladiators, stakeholders and their foot soldiers have gone back to the trenches to adopt various strategies to outwit each other. For now, the most contentious issue within the political parties is how to conduct successful primaries, which will ensure the emergence of the right candidates capable of winning the political diadem.

With the official release of time table for the elections in both Bayelsa and Kogi states by the Independent National Electoral Commission, INEC, which now take place on November 16, instead of the initial November 2, a postponement that was at the behest of the Bayelsa State government, the political scene in the Confluence State has continued to be charged with the list of aspirants growing on a daily basis.

While aspirants have gone back to the drawing board, strategising on how to emerge as the preferred candidates of the various political parties, there is also agitation by some elements for power shift, not minding whether such a move could affect the unity of the state one way or the other.

Although, all the three senatorial districts, according to findings by The Nigerian Xpress are grooming as many aspirants as possible with the hope that acceptable candidates would emerge to slug it out at the poll, Kogi East Senatorial District, comprising the Igala/Bassa nation has been working assiduously to ensure that the governorship seat returns to its fold.

The zone has streamlined the number of aspirants as it wants to ensure that only credible candidates with financial resources to prosecute the governorship ambition emerged across the parties.

Towards achieving this, the Kogi East Elders’ Forum, led by Senator Ahmadu Ali, met all the governorship aspirants numbering about 43 from the zone in Abuja recently.

During the meeting, it was unanimously agreed that the zone must reclaim the governorship slot in view of its demographic strength with at least nine local governments and the largest registered voters in the state.

The meeting also resolved that Kogi East must present the best candidates and to achieve this, there must be rancour free primaries and fair play by all the political parties.

“It was unanimously agreed that the incumbent governor is not doing well and there is the need to look for capable hands to salvage the state from the shackles of poverty and underdevelopment staring the Confluence State in the face. With the numerical and voting strength of the region, there is the need to streamline the number of aspirants for the district to produce the best candidates.

“The Forum also decries the violence that characterised the recently concluded general elections in the state and resolved to ensure that power returns to the Igala nation from the Central Senatorial District, currently occupied by Governor Yahaya Bello,” a source said.

It was the resolution of the meeting that led to the setting up of a Screening Committee, led by the former Deputy Governor of old Benue State, Alhaji Sule Iyaji. The screening exercise is scheduled to take place at Ayingba. Members of the committee were drawn from across political parties with the agreement to make the exercise rancour free, while all the aspirants would be mandated to work with whoever emerges as candidate to ensure victory for the zone during the election.

The Kogi West Senatorial District has also come into the equation with Senator Dino Melaye, who represents the zone in the National Assembly signifying his intention to join the governorship race.

Melaye made his intention known at a meeting of the leaders of the Peoples Democratic Party, PDP, held at the country home of Maj. Gen. David Jemibewon (rtd) in Ayetoro Gbede, Ijumu Local Government Area of the state.

Media aide to the senator, Gideon Ayodele said that Melaye was responding to calls from PDP leaders present at the meeting that anyone interested in contesting should signify his intention within two weeks.

“At this point, Senator Melaye stood up and informed the meeting about his intention to join the race to Lugard House, come November,” Ayodele said.

So far, Melaye is the only candidate from the zone to have shown interest in the race.

Bello’s occupation of the Lugard Government House was described as “gift on a platter of gold” because of the circumstances leading to his emergence in November 2015, following the sudden death of then APC governorship candidate, Abubakar Audu, who was already coasting home to victory before his sudden demise.

The Central Senatorial District may want to cling onto power through Bello, but this may be a daunting task arising from the poor performance of the governor and the deluge of oppositions, even within his All Progressives Congress, APC.

However, the hope of the zone retaining power lies in the possibility of other strong candidates emerging from there. Already, a former Senator, who represented Kogi Central from 2011 to 2015, Nurudeen Abatemi is planning to join the governorship race on the platform of APC. Also a business mogul, Sanusi Abubarka, who contested in 2015, is another person gearing up to battle for the APC ticket.

In the Social Democratic Party, SDP, a political Amazon in the zone, Hon. Natasha Akpoti has indicated interest to trade tackle with others.

A Kogi based political analyst, Mr. Michael Olatunde Olawunmi, in an interview with The Nigeria Xpress in Lokoja, warned the electorate to make the right choice in November. He noted that Kogi voters should elect the person who has a grasp of the problems confronting the state and has the right solutions to those problems.

Olawunmi said what Kogi needs now is rapid development. He said the current approach to development is experimental, which is slowing down the progress of the state.

While not ruling out ethnic sentiments being at centre stage, he, however, advocated that the emerging candidates who want to govern the state must be abreast of its problems and must be willing to fix them within the shortest possible time.

No true Christian can survive in Nigerian politics