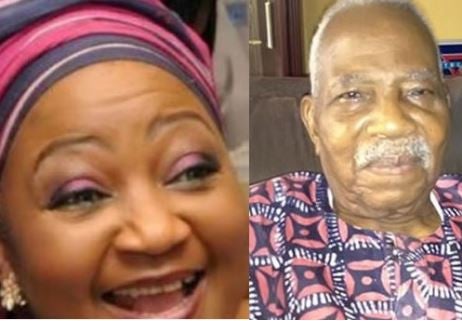 Barely 48 hours after the internment of the daughter of the leader of the Pan Yoruba socio-cultural and political organisation, Chief Reuben Fasoranti, Mrs. Olufunke Olakunrin, the group addressed a press conference where its stand on several issues bothering on the security of the Yoruba nation was made known.

Addressing the press, in Lagos, on Wednesday, Pa Ayo Adebanjo, who stood in for the bereaved leader said, “We have lowered the body of our daughter into the grave while her biological father, Chief R.F. Fasoranti who is our Leader reels in agony as a child he had expected to be among those to bury him when the final call come has been laid to rest in his lifetime.”

Pa Adebanjo thereafter reeled out the festival of killings in the past few years the scenario he described as, “being troubling for our country as we have witnessed mass killings of people in the country.”

Most of killings, according to the nonagenarian, have been linked to Fulani herdsmen/militia which the Nigerian state has not been able to dispel the allegations by unravelling the brains behind the killings and applying the law against them, he stated.

“Our Yoruba region has also witnessed serial attacks from the Fulani  herdsmen/militia in forms of rape of our women, kidnap of our people for ransom and killings of innocent people.

“On September 12, 2015, a prominent Yoruba man and former Presidential Candidate, Chief Olu Falae was abducted by seven Fulani  herdsmen on his farm near Akure and had one of his guards killed. He was kept in the bush for days, tortured and matcheted. He was not released until heavy ransom was paid. The seven Fulani boys were later apprehended, tried and sentenced.

“We wonder what could have happened in reprisal if some Yoruba boys had gone up North to kidnap anybody of Chief Falae’s status!

“There have been several killings in different states in Yorubaland which daily reminds of the deadly assaults in Oke Ogun area of oyo state in year 2000 and how the pushback saw General Muhammadu Buhari leading a group of Fulani to then Governor Lam Adesina in Oyo state during which he made the infamous statement “I have come to protest the killing of MY people by YOUR people .”

“When there was conflict between Hausa community and indigenes in Ife in 2017, Afenifere decided to visit the town. After commiserating with Ife people we also went to see the Hausa Community. We were shocked when their Leader said to us “I  can’t understand what the fight is all about .It is true God gave this land to Oduduwa but that does not mean he cannot give it to other people. “There is no better proof of the conquest and domination agenda in what is going on than that.

“And the most perplexing question surrounding the killings is how cattle herdsmen end up with sophisticated weapons like the AK-47 as has been noted in different communities across Nigeria.”

“We must not fail to mention the influx of Fulani across Africa to Nigeria with the immigration looking the other way as the levers of power in our immigration service have been under the control of officers of Fulani extraction over the years.

Adebanjo therefore regretted that, “the failure of the government to own this challenge and accept responsibility as well as identifying the culpability of the Fulani herdsmen working with the Fulani militia suggests that the existing security apparatus is modelled towards securing only those in government and not the citizens.”

On the murder of Funke Olakunri therefore, the group said, “while every life lost to these marauders is a deep wound in our hearts, the mindless killing of Mrs. Olufunke Olakunrin on Friday July 12,2019 took everyone by surprise and dealt a devastating blow to the Yoruba nation in particular and all our friends who value human life across Nigeria.”

According to Afenifere, her killing followed an established pattern of raping, kidnapping and killing in a coordinated and apparently state-ignored attempt to create fear through insecurity across Nigeria. The fact that Mrs.Funke Olakunrin is the daughter of our revered Leader, Chief Reuben Fasoranti, and killed during the 30-day ultimatum given by Coalition of Northern Groups suggests a targeted killing !They struck where it hurts most.”

“We hold the Federal Government responsible and accountable for the senseless killing of  a law-abiding .citizen. The government has failed in its primary duty of providing security for life and property.

“The activities of Fulani herdsmen/bandits/kidnappers and other miscreants would have been effectively dealt with if the Governors as Chief Security officers of their states had control of the security agencies. The unhelpful unitary structure in our country keeps taking its toll on our people,”Afenifere reasoned.

The group expressed discomfort that, “those who will not allow our elected governors have police are now setting up Fulani bandit -vigilantes on our soil in addition to the Fulani militias terrorizing our land. We demand their immediate exit from Yoruba land and if they refused to leave in reasonable time, we will not stop our people from confronting them.

“Yoruba land has now become the epicenter of the terror of these Fulani marauders and our people are fed up with the shedding of innocent blood that is quite anathema to our respect for human life which would see us remembering those who died peacefully 50 years down the line.

“We cannot continue to live under these conditions. The blood of our people will no longer be used to water the tree of a dysfunctional unitary order. We demand immediate timeline for a return to a federalist Nigeria so that we can have autonomy to run our internal affairs and failure to do so will constrain our capacity to continue to restrain our people from embracing self-determination.

“So, it is now clear we Yoruba’s have had enough-as the Ooni of Ife, Alaafin of Oyo and prof Wole Soyinka and other Yoruba patriots have warned,

“We sound it very loud and clearly that corporate Yoruba have never questioned the continued existence of Nigeria and we hope no one pushes us to that,” the group cautioned.