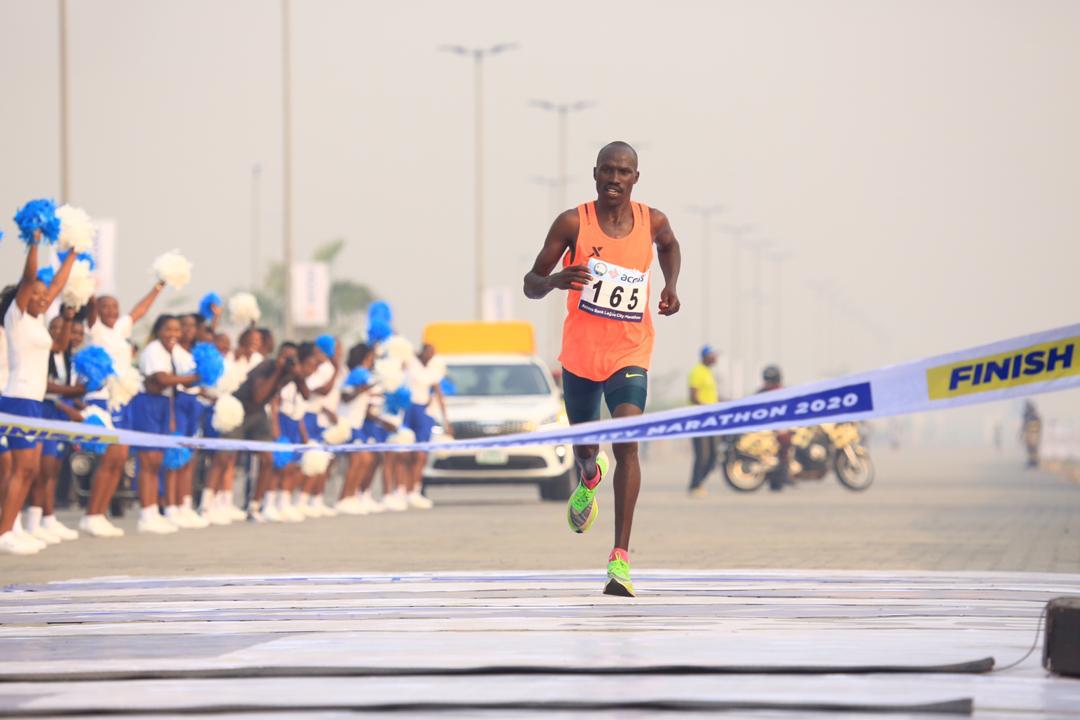 Tumo beat thousands of marathoners to win the 42km race in 2 hours 10mins 22 seconds, thus claiming the grand prize of $50,000.

Speaking at the finish line, the Kenyan long-distance runner said he was excited to have won the race.

“I am extremely happy to have won the race, not that I am better than others, but I give God the Glory that my effort was enough at the end,” he said.

“I didn’t come to Nigeria for the records, I just wanted to compete, though I had my sight on the top prize, but breaking the record time of the last winner is something I now cherish, I’m happy.”

Athletes had converged at the National Stadium, Surulere in the early hours of Saturday, where the race commenced.

There was also the 10km race, which is expected to commence from the Ikoyi Link Bridge at 10am — with the Eko Atlantic slated as the finish line.

Some of the roads closed for the annual activity include the third mainland bridge, Osborne road, Parkview and Lekki/Ikoyi link bridge.

For the 2020 edition of the Access Bank Lagos City Marathon, both male and female 42km runners competed for the grand prize of $50,000 while the second and third place winners secured $40,000 and $30,000 respectively.

For the 10km race, the first male and female runners will take home a brand new Kia Rio cars while the second and third place winners will get N1,000,000 and N750,000 respectively.

Sintayehu yinesu of Ethopia won the 2019 Access Bank Lagos City Marathon. He had outpaced thousands of marathoners to win the race in 2 hours 17mins 22 seconds.

The annual event was recently upgraded by the world athletics body to a Silver Label; less than five years after its maiden edition.