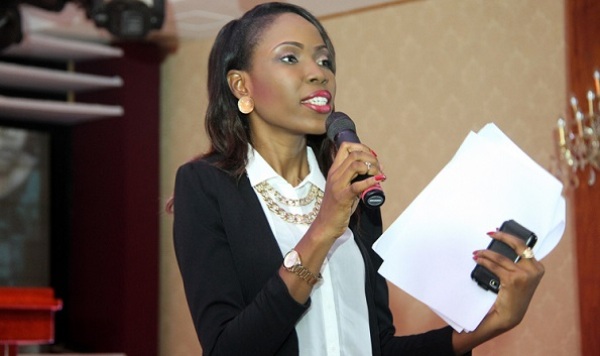 Popular Nigerian actress Kemi Akindoju is making her directorial debut at the Lagos Theatre with her new project, ‘Lavender’.

‘Lavender,’ a stage play by Akindoju’s The Make It Happen Productions, which will feature appearances from Kehinde Bankole, Deyemi Okanlawon, Oludara Egerton-Shyngle, and Rita Edward in April 2019.

It is coming one year after the success of Akindoju’s one-woman show ‘Naked’.

The 32 year-old actress new role adds to her production ability that has seen her produced and co-produced some movies and stage productions.

Other projects with the input of Akindoju include ‘The V Monologues,’ ‘Naked,’ ‘Gidi Up’, Akin Omotosho’s ‘The Ghost and The House Of Truth’ Ishaya Bako’s ‘4th Republic.’

She started her acting career in 2005 from stage performance before venturing into feature films.

Akindoju is a recipient of several awards including the Africa Magic trailblazer award for her role in the film adaptation of Dazzling Mirage, Future Awards, 11th Africa Movie Academy Awards. (NAN)