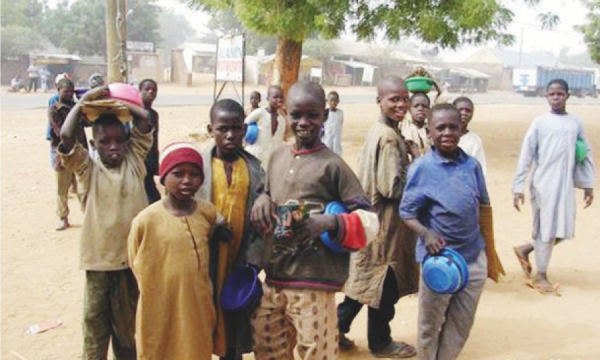 The Kaduna State Government and World Bank have concluded plans to enroll no fewer than 145,000 out-of-school children and almajiris into primary schools across the state by September, this year.

Chairman of the Kaduna State Universal Basic Education (SUBEB), Nasiru Umar, disclosed this at a workshop, in Kaduna, on how to strategise and return the children to schools.

Umar told the News Agency of Nigeria (NAN) that of the 727,000 out-of-school children, plans were underway to return 145,000 to primary one, two and three by September, through the year 2020.

Umar explained that among the children to be enrolled were 14,738 Almajiris and 70,167 girls expected to be engaged in 480 schools and 2,420 teachers.

He decried the high rate of out-of-school children in the state, adding that the programme would start with 12 local government areas.

He stated that the workshop was organised to develop strategies and major actions in order to achieve the project which will also ensure distribution of instructional materials, bags, textbooks and uniforms for beneficiaries.

“We are getting the fund for our project from World Bank and the Kaduna State Government, part of the money is already on the ground,” Mr Umar said.

Meanwhile, Unwaha Yahaya, an overseer to the Department of Teacher Development in UBEC and also the Coordinator of the Federal Teachers Scheme, in an interview with NAN, added that 2.1 million children dropped out of schools nationally from 2018 statistics.

Mr. Yahaya reiterated that the focus of UBEC was to ensure that all children of school age acquired basic education for nine years.

“The Federal Government is intervening by providing support funds for expansion of access to enable as many children as possible to go back to school.

“Improving the quality of education and to ensure equity between boys and girls, rural and urban areas have basic education centres.

“The curriculum would be enriched to make sure children are able to think critically and solve problems for themselves and their communities,” he said.

Yahaya further called on SUBEB to make sure that their target was realistic enough to attract pupils to start the academic session in September.

He also said that Better Education Service for All (BESDA) was one of the strategies UBEC was using to enrol children to schools in the state.

“We are working with the state to ensure that resources are deployed in a manner that will yield the desired result.

“We also are calling on leaders at all levels, both religious and traditional to assist us in achieving this dream,” Mr Yahaya said

Nigeria’s assets in UK not at risk, says AGF