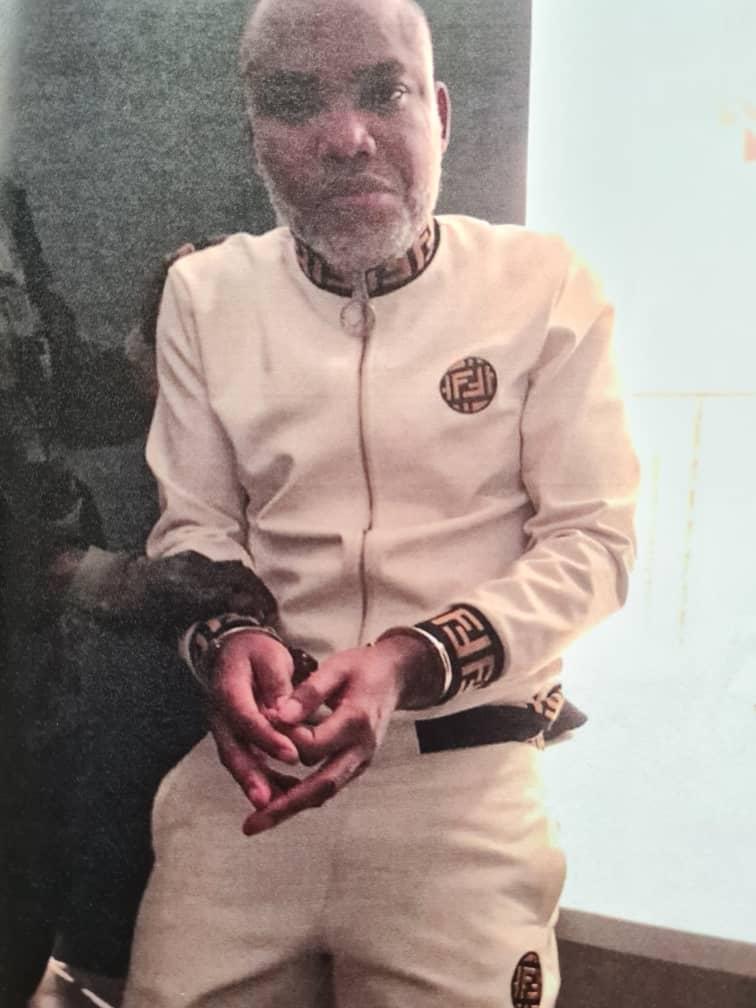 Justice Binta Nyako of the Federal High Court, sitting in Abuja, on Wednesday, adjourned further proceeding in the trial of the detained leader of the proscribed Indigenous People of Biafra (IPOB), Mazi Nnamdi Kanu, to May 26, 2022.

Justice Nyako fixed the date to rule on an application by Nnamdi Kanu’s counsel, Mike Ozekhome SAN, requesting the court to vacate its earlier order that stated Kanu must be tried in absentia following his inability to attend the trial.

Ozekhome argued that the court was misled to make that order, insisting that facts are on ground to show why Kanu fled the country involuntarily.

Ozekhome said that the application shows the circumstances surrounding the fleeing of Kanu.

Specifically, Ozekhome has urged the court to set aside the order for trial in absentia and revert to its earlier status accorded bail to Kanu.

Meanwhile, the Court had on Wednesday struck out a 6-count amended charge preferred against Kanu by the Federal Government following the withdrawal of the charge by the FG.

Mike Ozekhome SAN, Kanu’s counsel had complained to the court that the prosecution was delaying trial by continuous amendment of the charge against his client.

Ozekhome told the court that this was the 7th time the FG amended its charge.

However, the court agreed with Ozekhome’s objection to the fresh charge and consequently struck it out.

Earlier, Justice Nyako had refused to grant bail to Kanu, saying, she was not convinced as to why Kanu breached his previous bail conditions.

The court, therefore, insisted that Kanu must explain why he jumped bail before he could enjoy another favourable discretion from the court.

“However, the defendant is at liberty to refile the application”, Justice Nyako held.

The court noted that Kanu’s trial had since 2015, suffered various setbacks owing to over 19 interlocutory applications that have been filed in the matter.

The trial judge, therefore, advised parties in the matter to allow the case to proceed on trial to enable the charge determined.