JUST IN: Tribunal throws out Onnoghen’s preliminary objections to his trial 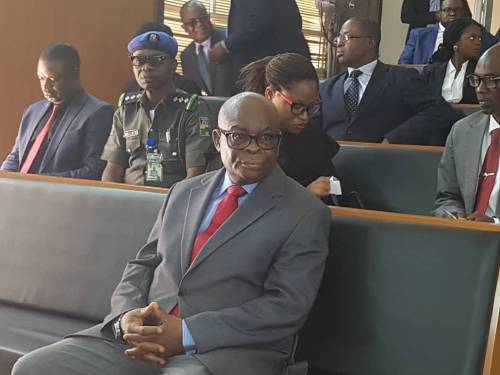 The Code of Conduct Tribunal (CCT), has dismissed the motion filed by suspended Chief Justice of Nigeria (CJN), Justice Walter Onnoghen, asking him to recues himself from the further participating and adjudicating in the matter for fear of bias.

Chairman of the CCT, Danladi Umar, dismissed the motion for lack of merit.

He also dismissed Onnoghen’s application challenging the jurisdiction of the tribunal to hear the matter.

Umar held that the tribunal was not directly under the supervision of National Judicial Council (NJC) but the Presidency.

He also dismissed Onnoghen’s application challenging the jurisdiction of the tribunal to hear the matter.

He noted that the chairman and members of the tribunal could not be under the whims and caprices of the President even though t is being supervised by the Executive arm of the Givernment. (Sahara Reporters)