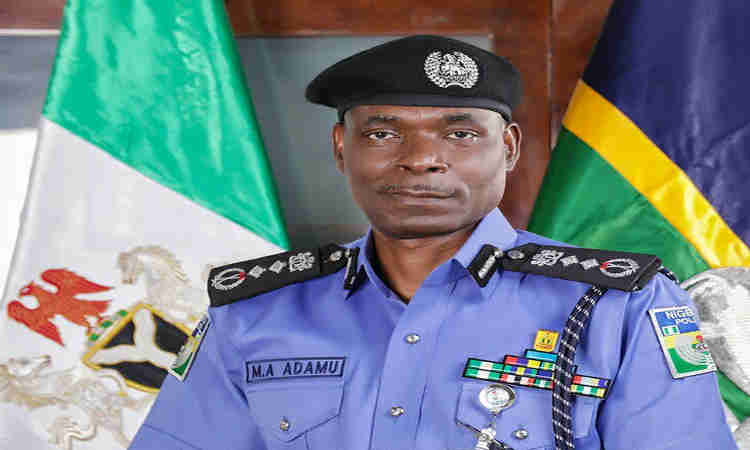 Acting Inspector General of Police Mohammed Adamu is currently being grilled by Senators at the Upper Chamber of the National Assembly in Abuja.

IGP Adamu who entered the Chamber at 11.25am immediately went into a closed-door session with the senators.

He had been invited to brief it on the worsening security situation in the country.

Soon after he entered, the Senate President Bukola Saraki called on the Clerk of the Senate, Nelson Ayewor, to clear the gallery for the session to commence.

The meeting with the top police brass was to enable the acting IGP to brief the Senate on how to nip in the bud, the raging state of insecurity in virtually all parts of the country.

The Senators also want to know what is responsible for the inability of security agencies, especially the police to end the menace.

Worried by the level of banditry and increasing cases of kidnapping across the country, the Senate had last week summoned acting IGP Muhammad Adamu to appear before it at plenary today.

The Senate has asked the IGP to appear and brief it on the rising wave of insecurity, banditry and kidnapping in the country, especially in the northern part of the country.

According to the Senate, the appearance would enable the Inspector General of Police touch on very salient and germane issues as regards insecurity, a spate of banditry and kidnappings with a view to finding a lasting solution to the problems.

The Senate took the decision when it condemned in very strong terms, the gruesome killing of a 29-year-old Briton, Faye Mooney and another Nigerian and the abduction of three others on Friday, 19th of April 2019.

Resolutions of the Senate were a sequel to a motion entitled, “Senseless killing of a Briton and the abduction of three others in a Holiday Resort in Kaduna State by Armed Bandits.” sponsored by Senator Shehu Sani, PRP, Kaduna Central.

The motion was co-sponsored by Senator Joshua Dariye who is presently in Prison and 108 Senators.