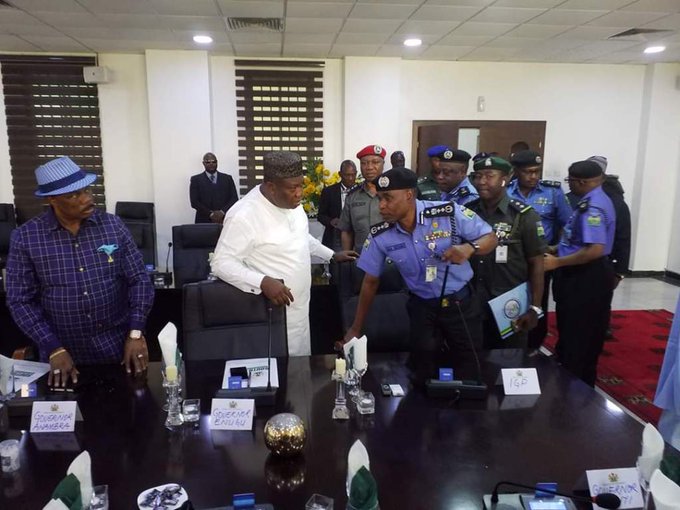 Inspector General of Police (IGP), Mr. Mohammed Adamu, and the governors of the South East geopolitical zone of the country are currently at a closed-door meeting at the Government House, Enugu.

The meeting the the nation’s police boss by the governors was ahead of Wednesday’s South East Geo-political Zone Security Summit, holding at The Base Event Centre, Independence Layout, Enugu.

READ ALSO: http://JUST IN: Buhari back from Ethiopia, lands in Maiduguri to mourn victims of Boko Haram attacks

Theme of the summit is ‘Strategic Partnership for Effective Community Policing in the South East Geo-political Zone’.

JUST IN: Buhari back from Ethiopia, lands in Maiduguri to mourn victims of Boko Haram attacks

JUST IN: Sowore to be re-arraigned on fresh charges Thursday