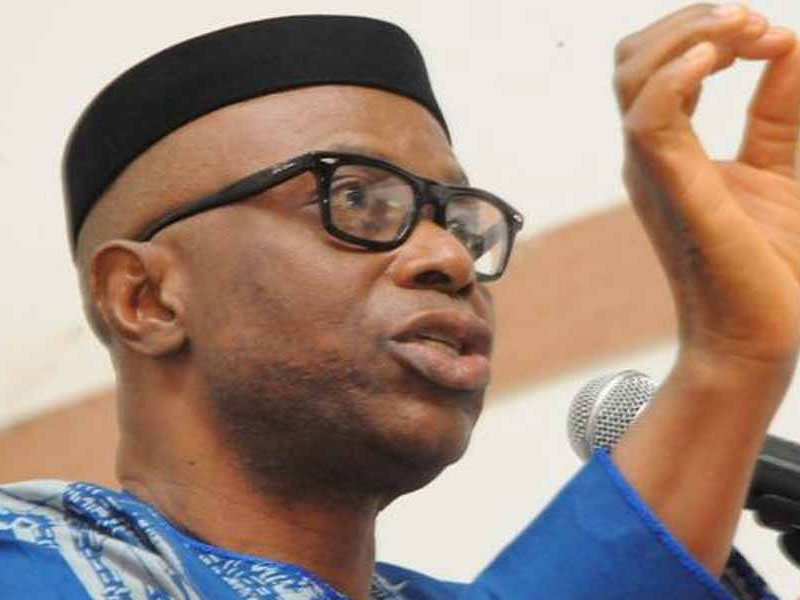 This comes hours after he had a meeting with the chairman of the PDP Governors’ Forum and Sokoto State governor, Aminu Tambuwal, and three other governors from the party, on Thursday.

It is significant, however, that this would be the third time Dr. Mimiko would be defecting to the PDP after leaving the party in 2019 to form the Labour Party (LP) which later changed to Zenith Labour Party (ZLP).

The three other PDP Governors that were at the meeting were Governor Seyi Makinde of Oyo State, Nyesom Wike of Rivers State and Okezie Ikpeazu of Abia State.

The visit of the four governors came less than 24 hours to the National Convention of the PDP.

A statement issued after over the three hours meeting with the ZLP leaders and supporters at Dr. Mimiko’s Ondo country home, by the party state chairman, Hon. Joseph Akinlaja, said that “Stakeholders of the party from across the 18 Local Government areas of Ondo State have resolved to join the Peoples Democratic Party PDP after a meeting held at the residence of the party’s national leader, Mimiko, in Ondo on Wednesday.

“The meeting which has Mimiko, former deputy governor, Agboola Ajayi, his running mate, Gboye Adegbenro, former speaker, Jumoke Akindele, the state chairman of the party, Hon. Joseph Akinlaja among other leaders in attendance resolved after deliberations to pitch their tent with the PDP to rescue the country from the misrule of the APC and set her on a path of peace and progress for the benefit of all.

“The meeting followed an earlier visit by four PDP governors led by chairman of their forum, Aminu Tambuwal of Sokoto State.  Okezie Ikpeazu, Nyesom Wike and Seyi Makinde had told the press after their meeting with Mimiko that they were in Ondo to invite Mimiko and his teeming supporters in the ZLP to the PDP.

“The stakeholders’ meeting was called to discuss the meeting with the PDP governors and intimate members with the outcomes of series of interactions with PDP leaders on the invitation extended to him.

“Mimiko told the stakeholders that the ZLP in being invited to join the PDP to rescue the country from the brink of insecurity.”