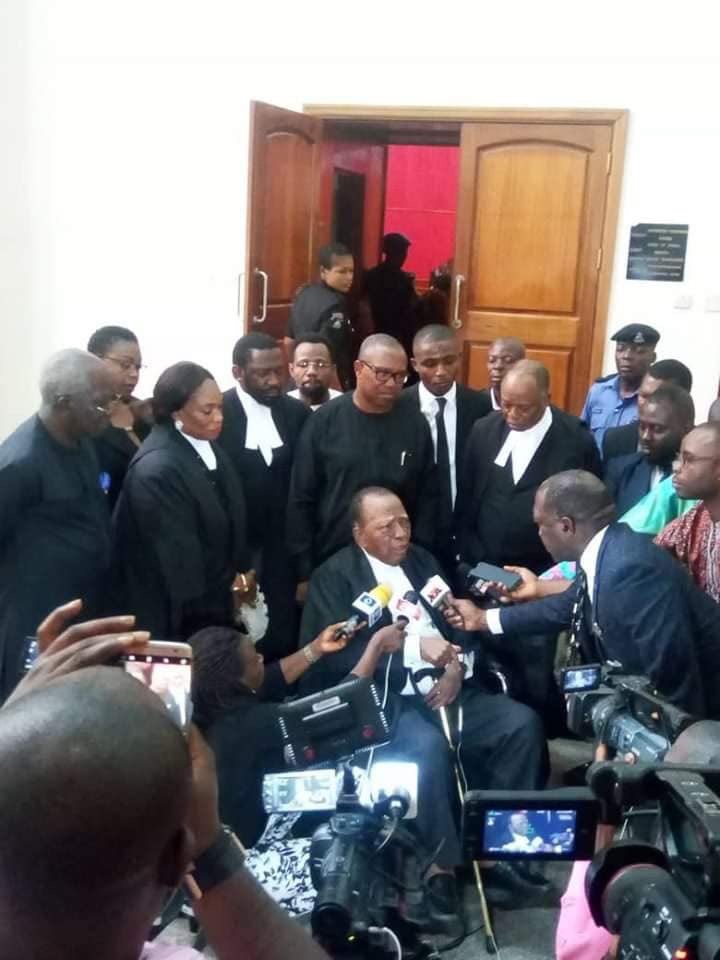 A former Minister of Education and Youth Development, Prof. Ben Nwabueze (SAN), made a brief appearance, on Thursday morning, before the Presidential Election Petition Tribunal (PEPT), in Abuja, announcing himself as the leader of the Petitioners’ legal team.

Prof. Nwabueze, who was brought in on a wheelchair, later read a prepared speech before the commencement of proceedings and took his leave about 30 minutes later.

The Senior Advocate, who was allowed to address the tribunal while sitting, said his appearance was to underscore the importance of the case for the nation’s democratic development.

Meanwhile, the Tribunal has suspended proceedings to rule on an issue raised by the respondents, to the effect that the petitioners have not properly complied with an earlier order of the court.