JUST IN: Ambode hands over to Sanwo-Olu 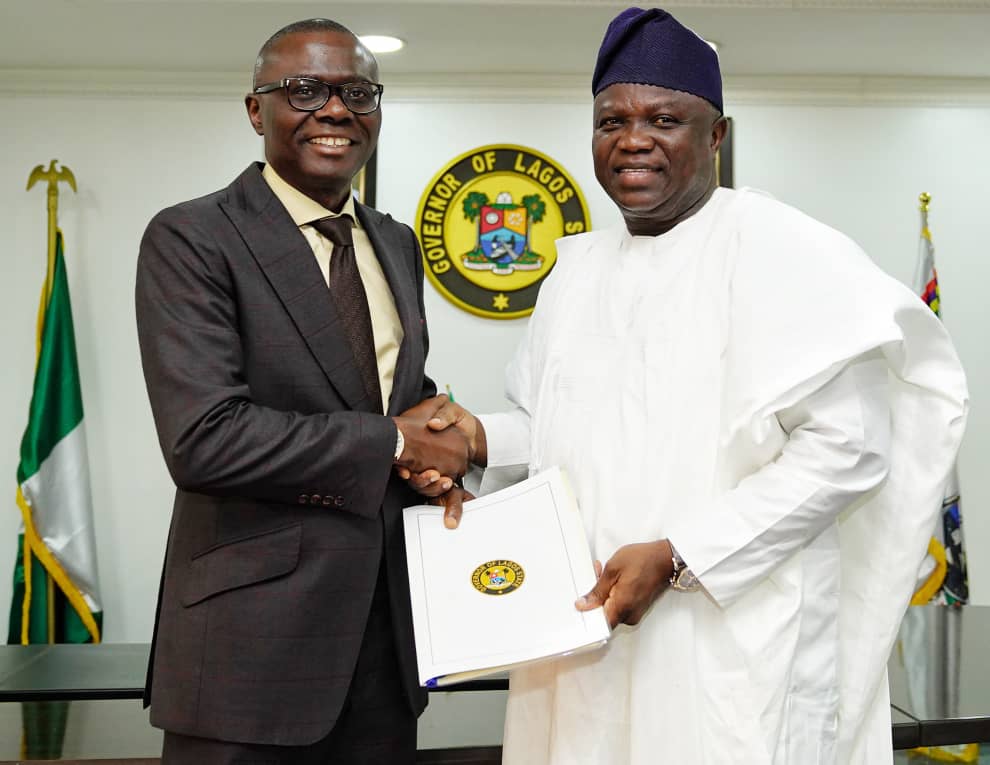 The brief ceremony also had in attendance the deputy governor-elect, Obafemi Hamzat and the Lagos Head of Serivce (HOS), Muri Okunola.

According to Sanwo-Olu, the documents presented to him detailed activities of the Ambode administration in the past four years and that of the state in the past 12 years.

He said the documents would guide and help him to move the state forward.

Sanwo-Olu also called for the support of the media and the public during his tenure.

How to style your jeans in a corporate space