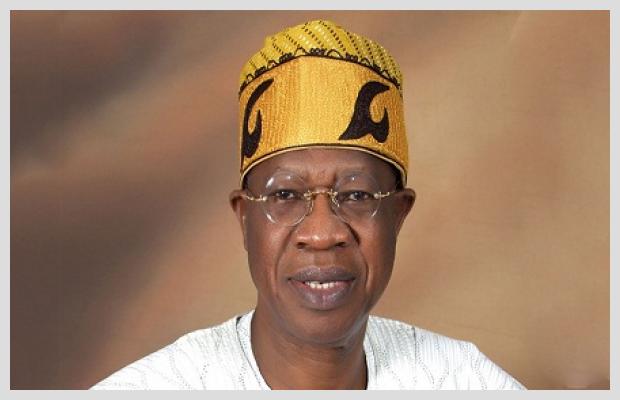 The Minister of Information and Culture, Alhaji Lai Mohammed has described the upcoming maiden June 12 Democracy Day celebration as “triumph of people’s will after decades of subversion”.

Mohammed stated this on Wednesday when he featured on African Independent Television (AIT) programme, “Kakaaki”, monitored by the News Agency of Nigeria (NAN) in Abuja.

The minister was speaking on activities lined up by the federal government for the May 29 inauguration of President Muhammadu Buhari and the first democracy day celebration on June 12.

“For me, the lessons of June 12 is that no matter is the situation, the peoples will must always triumph.

“Temporarily, you might subvert them but ultimately the peoples will must triumph.

“That is why many decades after June 12 1993, somebody came around and said the day which had been denied to celebrate the nation’s democracy now stands,” he said.

According to Mohammed, the celebration is in fulfillment of President Buhari’s declaration last year of June 12 as democracy day and a national holiday with official commencement in 2019.

He said that both chambers of the National Assembly had endorsed the pronouncement.

NAN reports that the declaration was to commemorate the democratic election of the late MKO Abiola as President on June 12, 1993.

The election, adjudged to be free and fair, was, however, annulled by the then military president, Gen.Ibrahim Babangida (rtd).

The minister recalled that the Federal Executive Council (FEC) at its meeting on May 8 gave an approval for the May 29 inauguration to be low-key, while major events scheduled to mark Democracy Day should be shifted to June 12, when the maiden Democracy Day celebration would hold.

Responding to question on progress made so far since 1993, the minister said, “democracy all over the world is work in progress and the nation has improved democratically.

“When you look at our trajectory of democratic evolution there have been a lot of improvement in our electoral process.

“An example is the introduction of the card reader and the increase in political participation.

“Although, it might not be perfect right now but I think we are on the right path,” he said.

The minister, who reiterated that world leaders had been invited to attend the maiden democracy day celebration, assured that the country is safe and all slated events would be hitch-free.

He itemised some of the programmes slated for the two events to include a three-day National Youth Entrepreneurship Empowerment Summit which started on Tuesday.

The FEC Valedictory Session of May 22, special Jumat lecture and prayers on May 24 and the First Lady’s interaction with women on May 25.

Others included, special Interdenominational Church Service on Sunday May 26,  Children day broadcastvby the President on May 27 which will be followed by a Children’s Variety Party the same day.

The President and the Vice President will be sworn-in on May 29th at the Eagle Square, to be followed by a State Banquet at the State House in the evening of the same day

The minister said that the events to celebrate June 12 as Democracy Day would begin on June 7 with a historical exhibition in art, pictures and immersive environment which will run through June 12.

He said that on June 10, there would be a Youth Concert, Creative Industry, Entertainment Night on June 9 and Secondary Schools Exhibition/Panel Discussion, while three events, namely: PMB Oratorical Contest at the ICC; Anti-corruption Summit at the Transcorp Hilton; and First Lady’s Commissioning Programme in Yola, Adamawa will feature on June 11.

According to him, June 12 will start off with a parade at the Eagle Square, just as a Dinner and Gala Night at the State House Conference Centre will wrap up the Democracy Day programme. (NAN)

JUST IN: Tribunal adjourns over Atiku’s petition to remove Bulkachuwa from PEPT