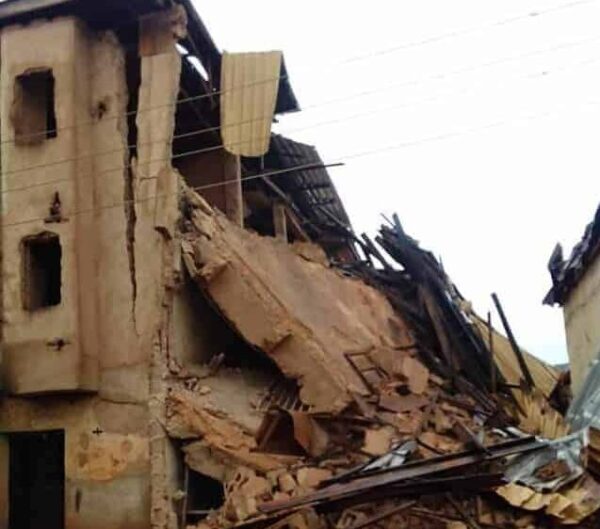 The National Emergency Management Agency (NEMA) says 14 persons have so far died and four others severely injured in the collapsed three-storey building at Delimi Community of Jos North Local Government Area of Plateau.

Mr Nurudeen Musa, Head, Search and Rescue Operations at the North-Central office of NEMA made this known to newsmen in Jos on Tuesday.

The News Agency of Nigeria (NAN) reports that the three-storey building belonging to Alhaji Rufai Kabiru, collapsed in the late hours of Monday, killing the landlord and other casualties.

The Plateau Police Command while confirming the incident on Monday night, had told NAN that three persons lost their lives in the incident, seven severely injured, while seven others were rescued unhurt.

Musa, however, told newsmen that the death toll had increased after the rescue operation conducted by a joint team from NEMA, State Emergency Management Agency (SEMA), the International Red Cross and security agencies.

“As at this afternoon, we recorded 14 deaths and four persons severely injured in the collapsed building,’’ he said.

NAN gathered that the bodies of some of those who lost their lives, which include the owner of the building and his pregnant daughter, had been released to their families and were buried.

As at the time of filing this report, rescue operations were still ongoing at the scene of the incident. (NAN)