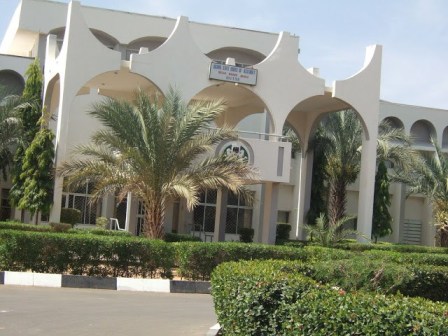 The Jigawa State House of Assembly was engulfed in a rowdy session, on Tuesday, over the attempt to amend the House standing rule‎.

Trouble started when the Speaker of the House, Alhaji Isa Idris, announced the decision to amend the House standing rule that stipulates that all former Assembly speakers and deputy speakers‎ could not vie for the position of Speaker again in subsequent assemblies.

The proposed amended rule would also disqualify any principal officer that was suspended or impeached to re contest for the position of speaker again.

The decision, which was met by stiff resistance by some members that kicked against the decision that were also nursing the desire to return a former speaker that was impeached three years ago.

The member representing ‎Yankwashi State constituency, Abdulrahman Alkassim-led the crusade by opposing the proposed amendment which also supported by a vast majority of the members.

The opposing members were also challenged by other members that wanted the amendment which may in the end scheme out a former member that was impeached from re contesting for the speakership position.

Findings by our reporter indicated that there had been an underground movement by some members to impeach the present Speaker, Alhaji Isa Idris, and replaced him with the impeached former Speaker, Alhaji Idris Garba.

The move which was alleged to have the support of the governor came at a time that some members felt the present Speaker has reduced himself to a ‘mere’ boy of the Executive.

The crisis snowballed to exchange of abusive words hauled at members which resulted to a fist to cuff fight that later led to the destruction of the Assembly maze into three parts.

As at the time of filling this report journalists were ushered out of the Assembly by the security operatives barring them from taking pictures and interviewing any of the members.