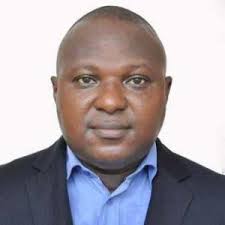 Calling for the ease of movement for the migrants across the world in a statement is Ajibola Abayomi, the JIFORM President of JIFORM who condemned in stronger terms the travel ban initiated by some countries describing the development as discriminatory and unjust.

Spreading his message through press releases, Ajibola said, “As we mark the International Migrants Day, we call for unrestricted movement of persons across the globe although in strict compliance with the Covid-19 rules devoid of politics and discrimination,” adding, “We reject totally the seemingly extortion of migrants under guise of the Covid-19 preventive measures as being witnessed in some European and other countries.”

While praising the United Kingdom for reversing the ban on 10 African countries earlier placed on red alert over the infection of Omicron Covid-19 infections the JIFORM boss advised that, “such premature actions should be avoided in future more so that the World Health Organisation (WHO), is yet to make a categorical statement encouraging restriction of migrants from any part of the world.”

Ajibola described as regrettable, the decision of the UK although now reversed and that of Canada has encouraged continued extortion of migrants from many nations forcing them to pay for quarantine centres having been fully vaccinated.

“Making life unbearable for the migrants and using quarantine as an excuse is not only barbaric but uncalled for when the same people have been fully vaccinated with vaccines produced from the developed world. Yes, we are aware of a few exceptional cases where vaccinated migrants have tested positive however it is totally unacceptable to generalise or stigmatise some countries,” Ajibola frowned.

Buhari’ll retire to Kaduna after he leaves office –…

While calling for concerted efforts at containing the series of Covid-19 variants in the interest of humanity, JIFORM thereby warned that systematic stigmatisation of Africans by some countries is dangerous and inimical to the non-discriminatory campaign of the United Nations.

“It is a fact that neither did the Africans create Covid-19 nor manufacture the vaccines. There should be caution on these undue restrictions on flight because such restrictions have become obsolete and lack the cohesion to slow down Omicron Covid-19 that had been transmitting at community level in different nations,” Ajibola posited.

The JIFORM President therefore recommended regular testing and isolation of victims that tested positive rather than banning flights conveying particular nationals especially from Africa, wondering why countries in Europe and North America that discovered the Omicron variant earlier were not even placed on red alert!

“We salute the contributions of migrants to the growth of the world economy. We share their pains at this critical moment as a result of the pandemic. The migrants are the heroes and heroines of this era because they are the frontline fighters against the Covid-19 and not those reeling out unnecessary stringent rules from the position of comfort in government,” Ajibola submitted.

The Forum boss said his group remained committed to the unrestricted movement of persons with reference to reasonable Covid-19 control measures where applicable that included vaccination and other health and non-health inclined preventive protocols, declaring that, “Above all, everyone must take responsibility.”

In conclusion, the Forum boss said, “At this point, people cannot continue to live under the shadows of countless Covid-19 variants as protests are already evolving in Europe and North America against the die-hard Covid-19 rules,” suggesting that, “all hands must be on deck to fight the deadly disease with transparent policies.”